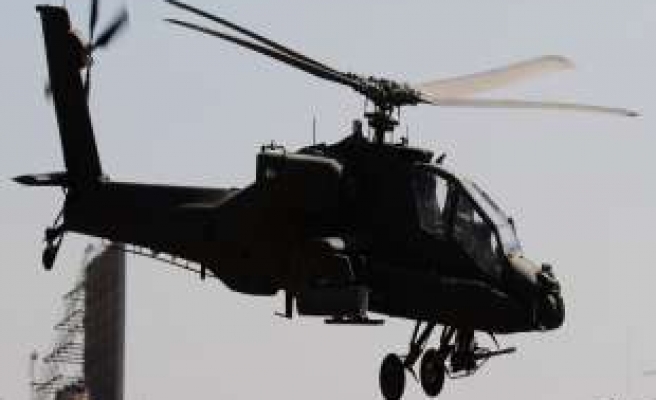 The witnesses said that a batch of armored vehicles had then combed the area in Abu Helw area. Yet, they failed to identify the targeted sites.

No official statement has yet been issued by the Egyptian army about the operation.

The Egyptian army has launched a massive offensive against militant groups thought to be based in the Sinai Peninsula, which shares a border with both Israel and the Gaza Strip.

The military has also been destroying underground tunnels along borders with the Gaza Strip, which has been reeling under a 7-year-Israeli blockade, for what it called "security reasons".

The peninsula has been the center of rising tension since the January 25 revolution, which ended the autocracy of former President Hosni Mubarak in 2011.

Militant groups have heightened their attacks on security and army targets in northern Sinai since the July 3 ouster of Egypt's first democratically elected President Mohamed Morsi by the military.

Dozens of people, most of them police officers and army personnel, were killed in the violence. An attack on a military intelligence headquarters in Rafah last Wednesday led to the death of six army personnel.