The five leaders, the Salafist Front said, had been arrested while holding a meeting at the front's Cairo headquarters 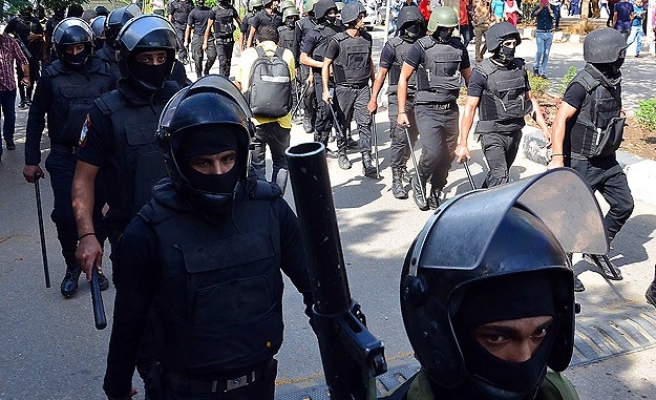 Five leaders of Egypt's Salafist Front, which has called for staging mass protests on November 28, were arrested on Monday, the front has said in a statement.

The five leaders, it added, had been arrested while holding a meeting at the front's Cairo headquarters.

Part of the National Alliance for the Defense of Legitimacy, ousted president Mohamed Morsi's main support bloc, the front began calling earlier this month for mass protests against the Egyptian government in a November 28 "Islamic uprising."

The authorities have warned against law-breaking during the protests, saying police had been ordered to use live ammunition to protect state institutions.

On Monday, the front lashed out at the authorities for arresting five of its leaders.

The Anadolu Agency could not immediately obtain comment from the authorities on the reported arrests.

Salafist Front spokesman Mohamed Galal had earlier said that front leaders would likely be arrested ahead of the protests.

He added, however, that the expected arrests would not change the course of events.