Among the group of 25 people on trial are Fathi Sorour, former speaker in the lower house of parliament, and Safwat Sherif. 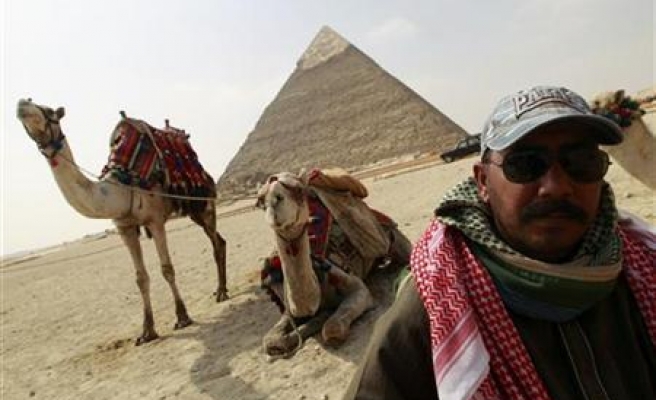 Egypt has begun the trial of former top officials accused of sending men on horseback and camels charging into a crowd of protesters on one of the most violent days of the uprising that toppled Hosni Mubarak in February.

The assault by the horse and camel riders, who whipped the crowd as they galloped into Tahrir Square on Feb. 2, was one of the most startling images of the 18-day uprising and helped galvanise protests among Egyptians shocked by the violence.

Among the group of 25 people on trial are Fathi Sorour, former speaker in the lower house of parliament, and Safwat Sherif, former head of parliament's upper house who was a longtime confidant of Mubarak. Both denied charges against them.

After the first day of the trial was shown on television, Judge Mustafa Hassan Abdullah said on Sunday live broadcasts of future hearings would be banned, except for the session in which the verdict would be pronounced.

He did not give a reason but it echoes a decision by the judge overseeing the separate trial of Mubarak himself, who is charged with conspiring to kill protesters. Two sessions of Mubarak's trial were broadcast before a ban was imposed.

Asked about the charges made against him, Sorour told the judge: "It did not happen and I have no relation to this matter. The accusation is false and these are all pure fabrications."

Sherif said: "I deny this completely."

As in all criminal cases, the defendants sat in a metal cage in court during the hearing.

Field Marshal Mohamed Hussein Tantawi, who heads Egypt's ruling army council, had been due to testify behind closed doors on Sunday at Mubarak's trial but postponed his appearance saying he with busy with security issues after unrest over the weekend.

Tantawi's testimony was to have been given under a complete news blackout, which the judge said was for reasons of national security.