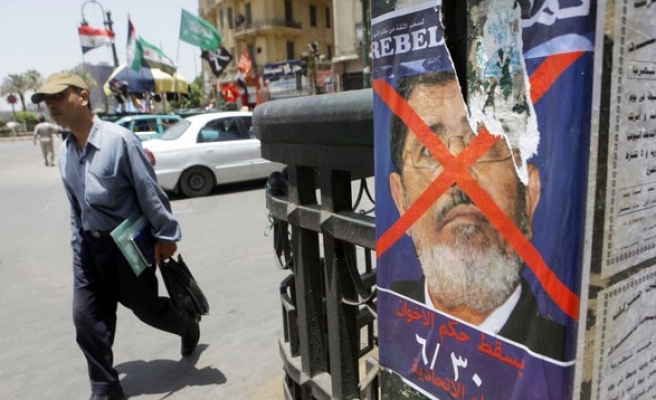 A state-run committee on Wednesday refused to issue a license to Tamarod (Rebellion) movement, the group that spearheaded mass protests that led to the military ouster of elected president Mohamed Morsi last year, to form a political party, a judicial source said.

The Political Parties Affairs Committee referred Tamarod's application to form the Arab People's Movement Party to the Higher Administrative Court to decide whether the movement should be given a license to establish the party, the source told The Anadolu Agency.

He did not mention the reason why the committee turned down the movement's application.

However, the local Arabic language daily Akhbar said that the committee had asked Mahmoud Badr, a founder of the group, to amend the party's internal and financial regulations.

The committee is made up of a group of independent judges.

During the three decades of the rule of ex-president Hosni Mubarak, the Political Parties Affairs Committee had rarely licensed any party.

This attitude, however, changed following the 2011 revolution that ended Mubarak's rule.

There has been no comment from Tamarod on the party rejection.