Known locally as the "Islamic revolution", the Friday protests are organized by the Salafist Front 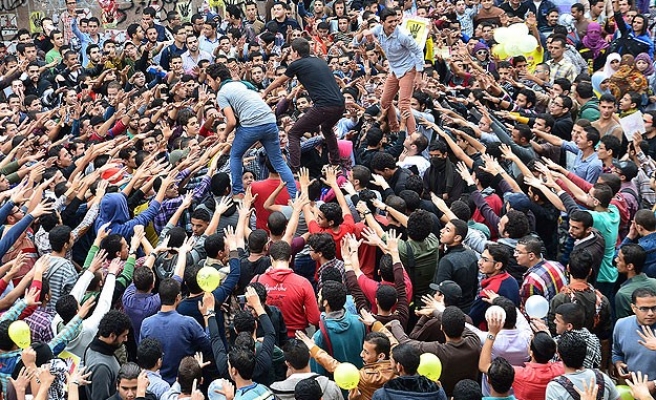 Egypt's Muslim Brotherhood on Sunday announced support for proposed protests on November 28, even as it did not officially state whether it would participate or not.

"The Muslim Brotherhood highly values this invitation [for the protests] to protect the identity of the nation," the group said in a statement.

"The Egyptian people will not accept any attempt to obliterate their identity," it added.

Known locally as the "Islamic revolution", the Friday protests are organized by the Salafist Front, one of the components of the National Alliance for the Defense of Legitimacy, which backs ousted president Mohamed Morsi.

"The Friday protests are a new wave of the Egyptian revolution," said the Brotherhood, referring to the 2011 uprising that unseated president Hosni Mubarak after 30 years in power.

The group warned, meanwhile, against perpetrating acts of riot and sabotage and blaming them on the protesters.

The call for the Friday protests has alarmed Egypt's security agencies, which warned against potential violence by the demonstrators.

The authorities threatened that security forces would use live ammunition against those who attack state institutions during the protests.

While reaffirming the right of every Egyptian to express his/her views freely, the Brotherhood stopped short of saying whether it would officially take part in the Friday protests.

The group's members have been organizing protests non-stopped since the army ousted Morsi, a Brotherhood leader, in July of last year following mass protests against his one-year presidency.