The crossing is "closed until further notice," and Egyptian army clamps down on smuggling route which was bringing weapons from Libya to militants in the Sinai. 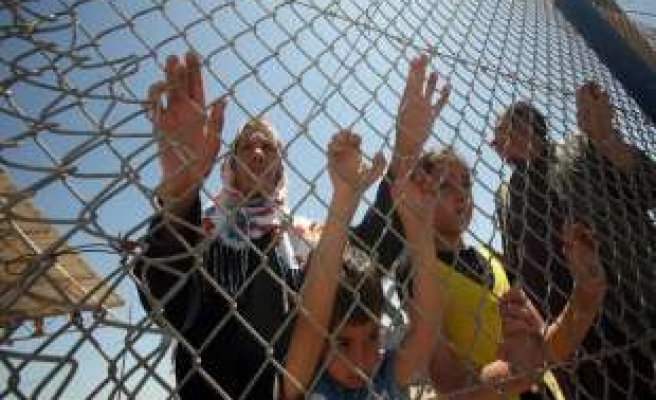 Authorities on Wednesday closed the Rafah border crossing with the Gaza Strip following a deadly attack that targeted a military intelligence headquarters in Rafah city, Egyptian and Palestinian officials said.

The crossing is "closed until further notice," an official Egyptian source told Anadolu Agency on Wednesday.

The Rafah border crossing represents Gaza's only gateway to the outside world, as all other entry points to the coastal enclave remain blocked by Israeli authorities.

"A security cordon was set up around the military intelligence HQ that was targeted in this morning's attack," the source said, adding that journalists were barred from approaching the site.

Earlier on Tuesday, state television reported that at least six soldiers had been killed and more than ten injured in the attack.

According to the source, stepped-up security measures in and around Rafah come as part of "exceptional arrangements, which include setting up roadblocks, cutting communications and launching combing operations."

"Egyptian authorities notified us that the crossing would be closed in both directions until further notice," he told AA.

The supply route of weapons from Libya to militant groups in the Sinai has been severely restricted due to the Egyptian army's ongoing offensive there, a military source also said Wednesday.

"The clampdown has served to squeeze extremist militants in northern Sinai and their ability to resist the army," the source, requesting anonymity, told Anadolu Agency.

The army has been carrying out a massive offensive against militant groups thought to be based in the restive peninsula, which shares borders with both Israel and the Gaza Strip.

The region has seen almost daily attacks by unknown gunmen since the July 3 military ouster of democratically elected president Mohamed Morsi. Last month, 25 policemen were killed in North Sinai in an attack by suspected militants.

According to the source, military personnel managed to arrest several arms smugglers and tighten their control of the waterways linking South Sinai and the Gulf of Suez – a route believed to be frequently used to smuggle heavy weapons to Sinai-based militants.

The source said that illicit arms shipments were usually brought across the Libyan border near the northwestern Saloum Crossing. From there, he added, they were taken over mountain passes in the Western Desert to Attaka Mountain near Suez, where smugglers took small boats from the Gulf of Suez to South Sinai.

Security forces have stepped up their presence in the Gulf of Suez, where they remain on the lookout for suspicious vessels.

Security officials, meanwhile, are cooperating with tribal chiefs in Suez and Sinai to help combat smuggling in the peninsula's south, the source said.

"We discovered that several drug dealers had shifted to arms smuggling, which brings them much larger revenues," the source said. "Takfiris and militants in North Sinai pay huge sums to get their hands on smuggled weapons."

Egypt has been in a state of turmoil since the military ousted Morsi, the country's first democratically elected president, more than two months ago following mass demonstrations against his presidency.

The unconstitutional change of government is described by the ousted president's supporters as a "military coup." His opponents, for their part, call it a military-backed "popular uprising."