Egyptian authorities accuse 35 individuals of being behind an August 19 attack on a bus carrying Central Security conscripts in North Sinai. 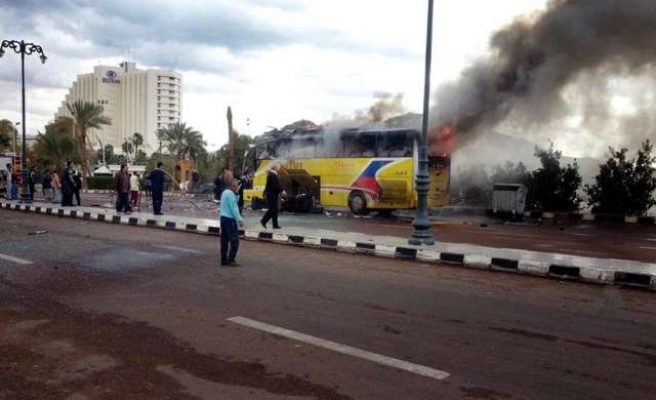 An Egyptian court has adjourned to next Tuesday the trial of 35 individuals suspected of involvement in an attack last year in Egypt's restive Sinai Peninsula that left 25 police conscripts dead, a judicial source has said.

According to the source, the court postponed trial proceedings to continue hearing witness testimony.

Among the defendants is Adel Habbara, the leader of a Sinai-based group allegedly linked to Al-Qaeda, who was arrested as he tried to flee to Libya last year.

Egyptian authorities accuse Habbara and his group of being behind an August 19 attack on a bus carrying Central Security conscripts in North Sinai.

Habbara was reportedly arrested days after the attack.

It was the deadliest incident of its kind since August of 2012, when 16 Egyptian border guards were killed by unidentified attackers at a border checkpoint near Rafah.

Egypt's Sinai Peninsula, which shares borders with both Israel and the Palestinian Gaza Strip, has seen a spate of attacks by unknown gunmen since last summer's military ouster of elected president Mohamed Morsi.

Since then, the Egyptian army has launched a major offensive against militant groups that it claims are based in the peninsula.