A U.S. newspaper said Mubarak was dying of cancer. 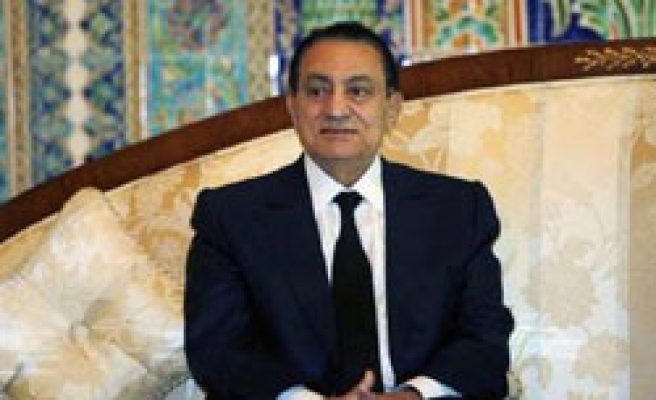 Reports about a deterioration in Egyptian President Hosni Mubarak's health are categorically false, his information minister said on Tuesday, two days after a U.S. newspaper said Mubarak was dying of cancer.

"The president is in good health and has been given a clean bill of health by his doctors, following his recent gallbladder surgery in Germany," Information Minister Anas El Fekky said in a statement to Reuters.

"We obviously understand the interest in this issue given Egypt's geopolitical weight, and the president's role as a force for stability in the Middle East. However, the media reports published on the president's health are based on nothing more than rumor and speculation without any factual basis whatsoever, including a recent report citing anonymous intelligence sources."

An article in The Washington Times on Sunday said Mubarak was thought by most Western intelligence agencies to be suffering from terminal cancer affecting his stomach and pancreas.

It cited a central European intelligence officer as saying the 82-year-old leader could have less than a year to live.

Rumours about Mubarak's health have rattled markets in the past because he has no designated successor. He has not picked a vice president, the post he held before taking office in 1981.

The president has returned to a regular schedule of meetings with visiting officials since having surgery at Germany's Heidelberg University Hospital in March. On Sunday he met Palestinian and Israeli leaders and other officials.

The Washington Times report was the latest of several reports questioning the president's health.

The Economist published an extensive report this week on Egypt which described his health as "not good".

El Fekky said Mubarak was maintaining a full schedule, citing his weekend meetings and recent trips to Algeria and France. Mubarak would meet Turkish President Abdullah Gul on Wednesday and would be making a speech to mark Egypt's national day, he added.

Stockbrokers in Egypt said they had not heard any new speculation about Mubarak's health on Tuesday, but recent reports could be putting some pressure on the market.

Mubarak has not said if he will run for a sixth six-year term in a presidential election in 2011. If he does not, his politician son Gamal, 46, is seen as a likely successor. Both Mubarak and his son deny any such plan.