Army bulldozers are removing two concrete walls – one of which had obstructed Qasr al-Aini Street, a main artery through downtown Cairo – early Wednesday 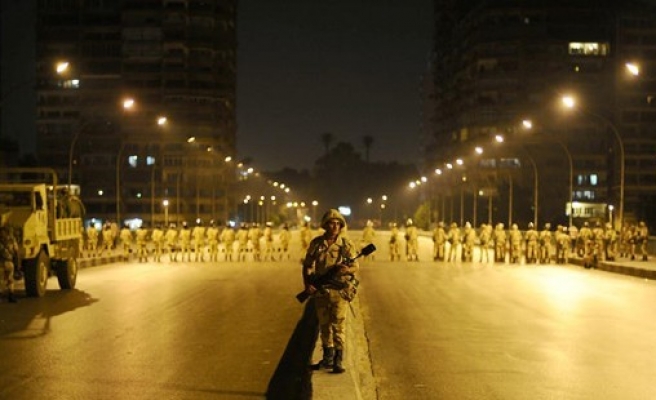 The Egyptian army on Wednesday dismantled two concrete barriers from a main street leading to Cairo's Tahrir Square amid cheers by local residents who said the army had "reacted positively" to calls for the removal of the barriers with the start of the new school year.

The army, however, left another concrete barrier – one blocking the road leading to the nearby US embassy – untouched, citing security reasons.

The removal of the barriers promises to ease the movement of pedestrians and motorists in and around Tahrir Square, post-revolution Egypt's premier protest venue.

Authorities had erected the two barriers late last year amid a wave of anti-US demonstrations that swept Cairo and other cities following the online  appearance of a short film widely perceived to be anti-Islam.

Local pedestrians and shop owners expressed satisfaction with the dismantlement of the walls, seeing the move as a first step towards the removal of all the barriers set up in central Cairo, which is home to numerous government offices and companies.

Around ten concrete barriers were erected in downtown Cairo in late 2011 to prevent demonstrators from reaching important buildings, including the US embassy, the Interior Ministry and the parliament building.

Police and army personnel remain a common sight in the area, where they have been deployed to guard embassies and ministry buildings, especially in the wake of last month's failed attempt on the life of Interior Minister Mohamed Ibrahim.