Ibrahim has signed a petition supporting the political ambitions of the Egyptian president's son, riling the opposition who say the move undermines their call for political change. 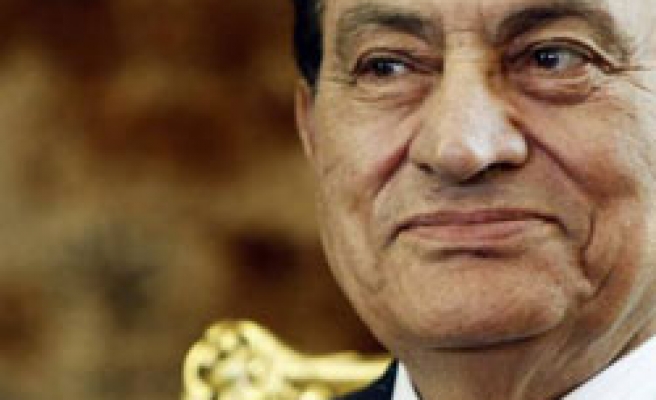 Pro-democracy activist Saadeddin Ibrahim has signed a petition supporting the political ambitions of the Egyptian president's son, riling the opposition who say the move undermines their call for political change.

The move by Ibrahim, a long-time critic of President Hosni Mubarak and who spent three years in jail, highlights divisions in the opposition which analysts say needs unity to mobilise the masses in its call for change before the 2011 presidential vote.

Ibrahim, a dual U.S.-Egyptian citizen who moved to the United States after he was freed from prison, signed the petition backing Mubarak's son, Gamal, because he believes anyone has a right to run in a free vote, his family said.

But members of the opposition criticised the move.

"It is either that (Ibrahim) is perturbed from years of exile abroad after state persecution or there is a deal with the government he accepted to avoid further harassment," said Hassan Nafaa, member of a group opposed to so-called "inherited" power.

Analysts say the pro-Gamal petition is aimed to counter an opposition signature campaign that supports a call for constitutional change made by former U.N. nuclear watchdog chief Mohamed ElBaradei, who says he may run for president.

"If (Ibrahim) was a true dissident he would never support Gamal...Gamal is from the ruling party and there are no fair elections in Egypt so the odds are stacked in Gamal's favour," said Kareema al-Hifnawy, a member of the Kefaya protest group.

ElBaradei probably faces insurmountable hurdles to get on the 2011 presidential ballot. If Mubarak, 82, does not run, many Egyptians expect Gamal, 46, to do so. Both deny such a plan.

The Muslim Brotherhood, the biggest opposition group, said it had not read the pro-Gamal petition signed by Ibrahim, adding that everyone had the right to run in a free vote.

But the Brotherhood's Mohamed el-Beltagy added "backing a Gamal candidacy means accepting the faults in the constitution."

The ruling party denies any role in the pro-Gamal petition, which Ibrahim signed on Sunday before flying to the United States, according to his wife Barbara.

His brother Ahmed said Ibrahim's "logic is that in the past he has supported ElBaradei and Ayman Nour for their right to run for elections so long as they are free and fair. He now supports Gamal as long as he runs through the proper channels."

Independent newspaper al-Masry al-Youm described the signing as a "surprise" and said Ibrahim justified his move by saying power would not be "inherited" if it involved a free vote.

A poster campaign backing Gamal has also sprung up in recent weeks, focused on poor neighbourhoods of Cairo and other cities, which analysts say aims to win over the poor who grumble that economic liberalisation has only helped the rich.

Ibrahim was jailed for three years in Egypt on charges of "tarnishing Egypt's image" in his political articles. He was released in 2003, moving to the United States shortly after.