The agency said the size of the buffer zone will be increased from 500 to 1,000 meters 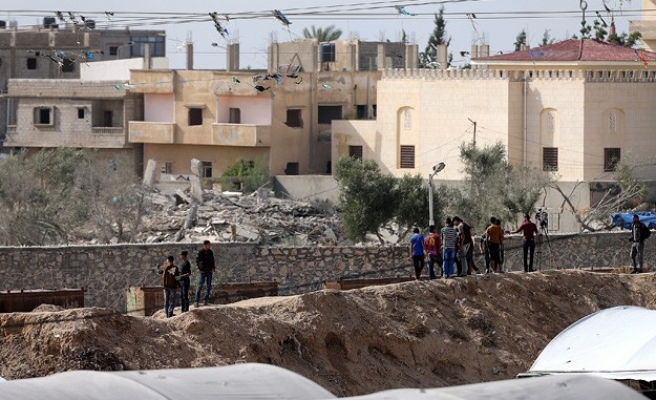 Egypt has decided to double the size of a buffer zone it is creating on the border with the Gaza Strip, the state-run news agency reported Monday.

The agency said the size of the buffer zone will be increased from 500 to 1,000 meters.

The move is taken to protect Egypt's national security, especially after the discovery of 800 and 1,000-meter-long underground tunnels in the area, it added.

Egypt has 14km of shared borders with the Gaza Strip, which has been blockaded by Israel since 2006.

Egypt decided to create a buffer zone along the border between the Sinai Peninsula and the Gaza Strip soon after 31 troops were killed and 30 others wounded in an attack on a military site in Sinai on October 24.

Egyptian President Abdel-Fattah al-Sisi also declared a state of emergency and a nighttime curfew for three months in certain parts of North Sinai.

The Egyptian army has been cracking down on Sinai militants and underground border tunnels for months now following increasing attacks on army troops and policemen.