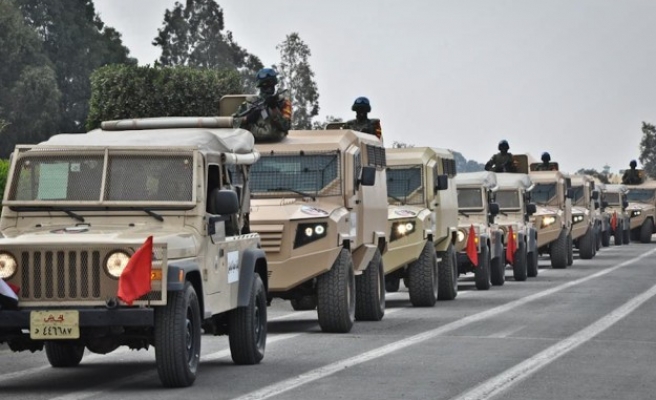 The source, who asked not to be named, told The Anadolu Agency that the artists in question were young actor Khaled Abul-Naga and little-known singer Mohamed Attia.

He said the prosecutor-general had ordered that both men be investigated after a legal complaint was filed accusing them of "inciting" public opinion against Egypt's powerful military establishment.

The man who filed the complaint faulted Abul-Naga for objecting to an army crackdown on militants said to be based in the Sinai Peninsula.

The campaign, which was stepped up following the death of 31 Egyptian troops in Sinai on October 24, has involved the demolition of hundreds of homes near the border with the blockaded Gaza Strip and the relocation of thousands of local residents.

The plaintiff – whose name has not been released – also accused Abul-Naga of asking Egyptians to stage protests against President Abdel-Fattah al-Sisi "in violation of the law."

He also accused singer Attia of "offending the military establishment" and protesting in Cairo's flashpoint Tahrir Square against a recent court ruling clearing ex-president Hosni Mubarak of allegations that he had ordered security forces to fire on demonstrators in Egypt's 2011 popular uprising.

Under Egyptian law, citizens must first obtain permission from the authorities before they can stage a public protest.

AA could not obtain immediate comment from the two entertainers regarding the judicial source's assertions or the complaints filed against them.

On Saturday, a criminal court dropped all charges against Mubarak, his former interior minister and several former Interior Ministry officials charged with conspiring to kill demonstrators during the 2011 popular uprising.

More than 800 people were killed in 2011 after Egyptians took to the streets across the country to demand that Mubarak – whose rule had lasted more than three decades – to step down.