According to the Egyptian minister, the talks touched on means of boosting cooperation as well as regional developments. 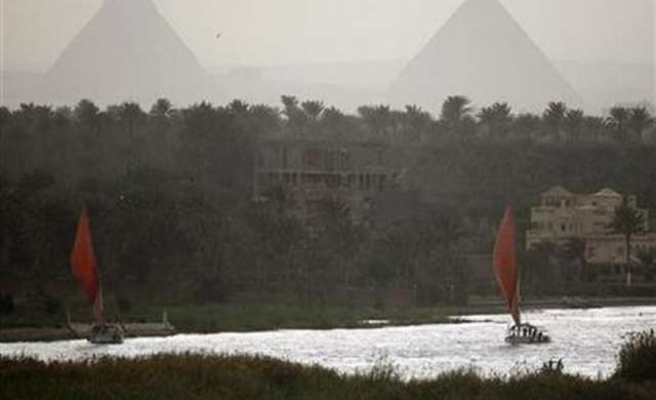 "Since I have taken office [in June], I have come to Addis Ababa almost every month," Shoukry told reporters following his closed-door meeting with the top Ethiopian diplomat.

According to the Egyptian minister, the talks touched on means of boosting cooperation as well as regional developments.

"This is upon a directive both of us received from President [Abdel-Fattah] al-Sisi and Prime Minister of Ethiopia [Hailemariam Desalegn] to maintain the momentum of our relations" the Egyptian minister said.

The minister said that his repeated visits aimed to "regain the warmth and depth of the bilateral relationship so that [both countries] can respond to meet the challenges that both peoples face and also their aspirations for development and common future."

Shoukry arrived in Ethiopia on Saturday at the helm of a top-level government delegation that is due to participate in the meeting of a joint ministerial committee on Monday.

Relations between Addis Ababa and Cairo had soured for months over the former's construction of a $6.4-billion hydroelectric dam on the Blue Nile.

Ethiopia says the project won't impact Egypt's traditional share of Nile water, which has long been determined by a colonial-era water-sharing treaty that Addis Ababa has never recognized.

However, ties between the two states picked up again following the assumption of power by al-Sisi, the Egyptian defense minister who led the army to oust elected president Mohamed Morsi last year.

Before becoming president, al-Sisi had said he was ready to go to Addis Ababa to seek solutions to the two country's standoff over the dam.

Meetings of a tripartite technical committee, set up in 2011, resumed in August after an eight-month hiatus due to ongoing differences between Cairo and Addis Ababa.

Speaking on the matter, Shoukry cited "progress" in the trilateral talks.

"The next meeting will be in Khartoum in early December," he pointed out.

Adhanom ,for his, part said that the talks on the dam are "progressing well."

"We have agreed that we have to continue to nurture this positive engagement," he said.

"We believe this type of engagement will continue to nurture the positive signal on both sides,” he added.

The joint committee's meeting on Monday will look into the implementation of these agreements, he added.