The government relocates its meeting venue from the downtown Cairo premises for the third time. 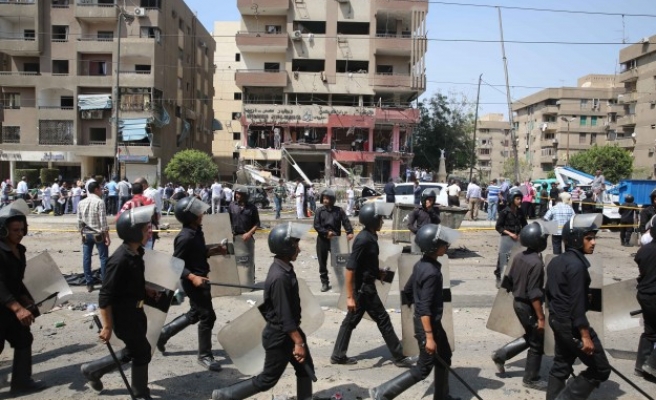 The Egyptian government on Monday moved the venue for its meetings to a plush residential area on the eastern outskirts of the capital instead of its traditional headquarters in downtown Cairo due to security concerns, sources confirmed to Anadolu Agency.

The decision to hold the meeting of the economic ministerial group under Prime Minister Hazem al-Beblawi in the capital's New Cairo district is only temporary, according to government sources.

This is the third time in recent weeks the government has relocated its meeting venue from the downtown Cairo premises.

The government had earlier held its meetings at the Egyptian Investment Authority in eastern Cairo's Nasr City district.

Later, it had convened its meetings in one of the buildings at Cairo International Airport east of the capital.

Pro-democracy demonstrators have repeatedly attempted to stage rallies outside the cabinet building to protest the army's July 3 ouster of elected President Mohamed Morsi.

They have been consistently prevented from doing so, however, by Egyptian security forces.