The court accused the defendants of intentionally damaging public and private properties and staging protests. 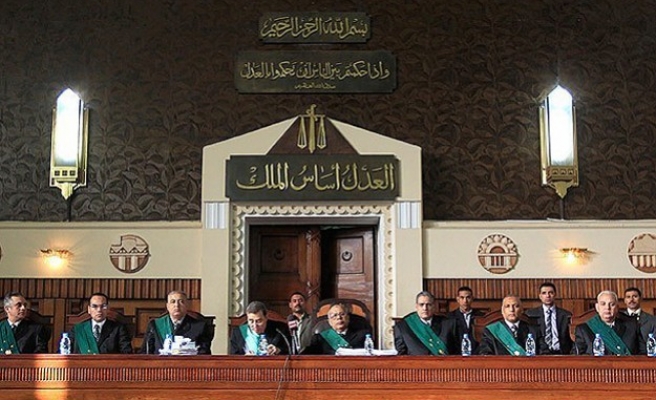 An Egyptian court on Saturday slapped 32 members of the Muslim Brotherhood with two-year jail terms and a fine of 50,000 Egyptian pounds ($7,000) each for violating an anti-protest law, judicial sources said.

The sources said that the 32 defendants were also accused of joining a banned movement, hindering traffic, and terrorizing peaceful citizens.

The ruling can be appealed.

The court accused the defendants of intentionally damaging public and private properties and staging protests.

The rulings come against the background of protests that engulfed Egypt following the July 3 ouster of elected president Mohamed Morsi by the military.

The Egyptian government designated the Muslim Brotherhood, from which Morsi hails, a terrorist group in late December.

The military-backed authorities have launched a massive crackdown on the Muslim Brotherhood following Morsi's overthrow, arresting thousands of the movement's leaders and supporters on incitement-to-violence charges.