The verdict came following an altercation with Douma – who was allowed to step out of the defendant's dock to defend himself – and the judge. 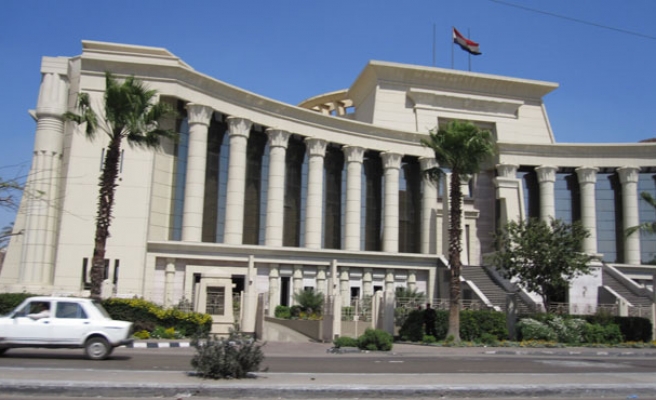 Douma was also ordered to pay a fine of LE 10,000 (roughly $1400) after the court convicted him of insulting the judges during a court session in the trial where he faces an array of violence-related charges, an Anadolu Agency correspondent who attended the session reported.

The court set February 4 for the next hearing of the trial in which Douma – who remains in detention – and 268 others are accused of staging riots outside central Cairo's cabinet headquarters in December 2011.

Tuesday's verdict came following an altercation with Douma – who was allowed to step out of the defendant's dock to defend himself – and the judge.

During the exchange, Douma accused the judges of "threatening" his attorneys by taking "illegal disciplinary measures" against them, which the judge considered an insult to the court.

Douma and the other defendants are accused of attacking Egyptian cabinet headquarters in downtown Cairo and assaulting policemen in December 2011.

Clashes erupted outside Egypt's cabinet building in December 2011 after police stationed outside detained a protester.

At the time, demonstrators had been staging a sit-in against a decision by Egypt's then ruling military council to appoint Kamal al-Ganzouri as prime minister.

Al-Ganzouri had served as prime minister under longtime autocratic president Hosni Mubarak, who was ousted in the wake of a popular uprising in January 2011.

Around 15 people were killed and hundreds injured in the ensuing violence outside the cabinet building.

The Institut d'Egypte, founded during Napoleon's military campaign in Egypt and containing tens of thousands of rare manuscripts, was burned down in the violence.