Local media has portrayed the crackdown on the Brotherhood and Morsi's Islamist allies as a "war on terrorism." 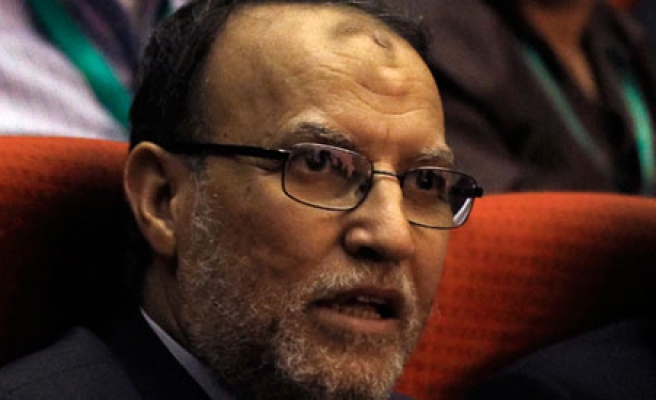 Senior Muslim Brotherhood figure Essam al-Erian has slammed what the army-imposed government is calling a "war on terrorism," suggesting it was "losing the battle" against "an imaginary enemy."

In a televised speech broadcast by the Qatar-owned Al Jazeera Mubasher Misr news channel, al-Erian accused authorities of fighting "an imaginary enemy and a ghost they can never catch."

"It ['terrorism'] is an accusation they can throw at anyone," asserted al-Erian, who is currently on the run from Egyptian authorities.

They have detained hundreds of the group's top and mid-ranking leaders, including supreme guide Mohamed Badie and two top aides.

Local media has portrayed the crackdown on the Brotherhood and Morsi's Islamist allies as a "war on terrorism."

"The democratic path will not be restored until the people regain confidence in the ballot box," he said.

He also accused "coup" leaders of embroiling the military in domestic politics, insisting that the Egyptian people would continue their peaceful revolution.

"Egypt's revolution won't just fade away; it will advance from one stage to the next," al-Erian said in the 11-minute video.

Egypt has been in turmoil since the powerful military deposed Morsi, the country's first democratically elected leader, after massive and well-coordinated protests against his presidency.

The unconstitutional change of government is described by critics as a military coup and lauded by supporters as a "popular uprising."