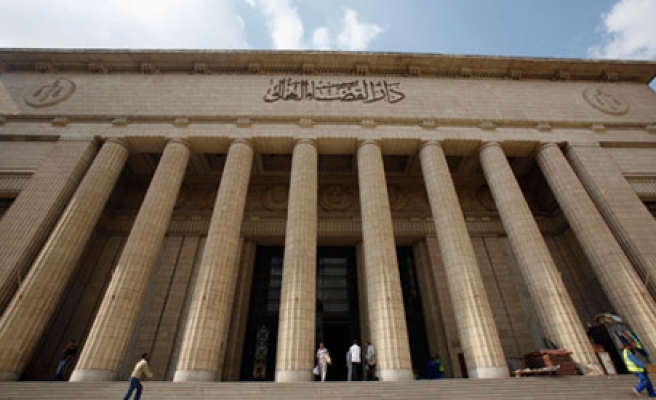 An Egyptian military court on Monday slapped 20 supporters of ousted president Mohamed Morsi with jail terms ranging between one and 25 years.

The Suez military court convicted the Morsi backers, including members of the Jamaa Islamiya and Salafists, of torching police and army vehicles, rioting and involvement in acts of violence following the violent dispersal in August of last year of two major sit-ins staged by Morsi supporters in Cairo and Giza.

As many as 14 of the defendants were slapped with seven-year terms, while another received a 15-year sentence, he added.

Morsi was ousted by the military in July of last year following mass protests against his one-year rule.

Thousands of his backers have since been thrown in jail on accusations of involvement in violence, murder and attacks on police and army facilities.

Earlier Monday, Human Rights Watch warned that a recent decree by President Abdel-Fattah al-Sisi to expand the powers of the country's military courts risks "militarizing" the prosecution of protesters and political dissidents.

"This law represents another nail in the coffin of justice in Egypt," Sarah Leah Whitson, Human Rights Watch (HRW)'s Middle East and North Africa Director, said in a Monday statement.

The HRW insisted that military courts, which operate under the mantle of the Defense Ministry, typically deny defendants' rights accorded by civilian courts, including the right to be informed of the charges against them and the rights to access a lawyer and to be brought promptly before a judge following arrest.