The ruling military council has been under pressure to deliver swift justice for those killed during the popular uprising which culminated with Mubarak stepping down on Feb. 11. 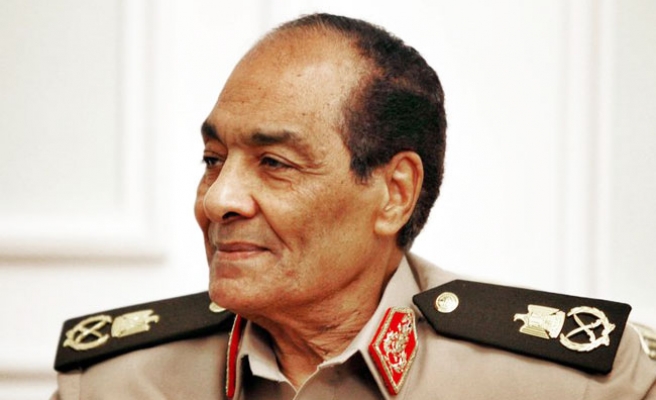 Egypt's ruling military council head testified in the trial of Hosni Mubarak on Saturday in a hearing that could decide the fate of the ex-president accused of responsibility for the deaths of hundreds of demonstrators earlier this year.

Lawyers representing some of the 850 people killed in the uprising that overthrew Mubarak complained Field Marshal Mohamed Hussein Tantawi gave evidence earlier than usual and left the courthouse without allowing them to cross examine him.

"The measures were unusual... The session started very early," attorney Wael Zekri told reporters. "By the time the lawyers arrived, the testimony was over," he added.

The ruling military council has been under pressure to deliver swift justice for those killed during the popular uprising which culminated with Mubarak stepping down on Feb. 11.

The former president, the ex-Interior Minister Habib al-Adli and some police officers are charged with conspiring to kill some of the protesters.

Mubarak, the first Arab head of state to stand trial in person since unrest erupted across the Middle East this year, denies the charges.

Judge Ahmed Refaat, citing national security considerations, had ordered that Tantawi's testimony be heard behind closed doors and under a complete news blackout.

Tantawi had been due to testify on Sept. 11, but failed to attend the session citing a crisis triggered by demonstrators trying to storm the Israeli embassy in Cairo, a move that forced the Jewish state to withdraw its ambassador. Many Egyptians feared Tantawi would not testify.

But the military council head, who had served for 20 years as Mubarak's defence minister, on Friday confirmed he was attending the hearing due to the special significance of the case.

The state news agency MENA quoted Tantawi as saying that while military officers do not appear except at military trials, he wanted to "assert the rule of law which must be the guiding approach for the Egyptian state after the Jan. 25 revolution".