"The government has decided to start the procedures needed to end the state of emergency, in coordination with the military council," cabinet spokesman Mohamed Hegazy said. 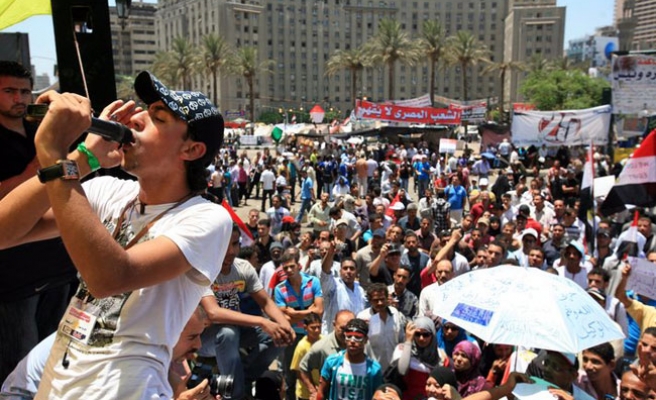 Egypt has begun procedures to end the country's three-decade old state of emergency, the government said on Thursday, a key demand of the protesters who ousted President Hosni Mubarak in February.

The cabinet said it would abide by a pledge to end emergency rule, which gave Mubarak's hated police sweeping powers to crush dissent, before parliamentary elections expected in November.

"The government has decided to start the procedures needed to end the state of emergency, in coordination with the military council," cabinet spokesman Mohamed Hegazy said.

Rights campaigners say the continued emergency powers are an anachronism in post-Mubarak Egypt that saps the credibility of the interim government as a force for democratic change.

Days of street protests broke out in July, fueled partly by perceptions that the security forces had not been brought to account for the brutal treatment of protesters during the 18-day uprising against Mubarak and that abuses were continuing.

"The government confirms that since it has taken up its responsibilities, it has not taken any of the exceptional measures allowed under the state of emergency ... and has abided by normal legal procedures," a cabinet statement said.

Some Egyptians say the police are trying to change their high-handed ways and have at least become more polite to the public. Others say that, inside police stations, intimidation, bullying and disregard for human rights are as common as ever.

Scrapping it will force the police to respect due procedure and the presumption of innocencein theory.

"This is empty talk," said human rights activist Negad al-Borai. "The situation in Egypt is horrible and I no longer care if the government says it will remove or keep the emergency law. The issue is to what extent the government is willing to respect human rights."

Amnesty International in April urged Egypt to scrap the law in an 80-page report called "Time for Justice: Egypt's corrosive system of detention".

It listed brutal treatment of detainees that included beatings, electric shocks, suspension by the wrists and ankles for long periods, sleep deprivation and death threats.

Mubarak-era officials brushed off concerns about human rights abuses as unproven allegations or isolated incidents that did not prove any pattern of abuse.

Mubarak, his sons and former Interior Minister Habib el-Adli are now on trial on charges of graft and ordering the killing of protesters during the uprising. They deny the accusations.