One of the most significant changes in the election law is a return to a system where individual candidates take the majority of seats in parliament, rather than party lists of candidates 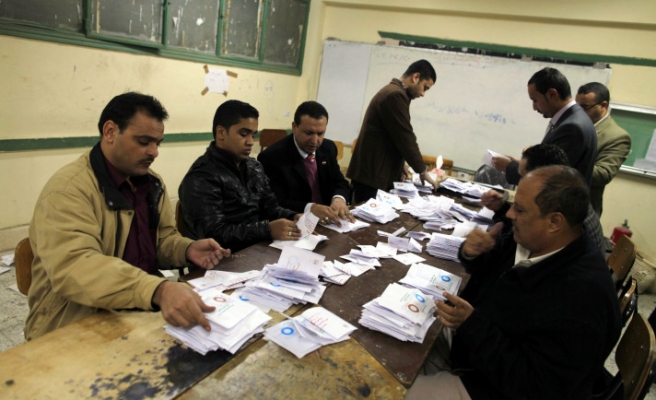 A law passed by Egypt's interim president will set the stage for parliamentary elections this year but political parties fear it will return the country to a system similar to one under ousted president Hosni Mubarak.

One of the most significant changes in the election law is a return to a system where individual candidates take the majority of seats in parliament, rather than party lists of candidates.

Of the 540 parliament members to be elected, 420 will be drawn from individual candidate lists while 120 will be from absolute closed lists.

Such an arrangement would weaken the position of political parties in the country where they already have little influence on the ground, politicians say.

"It is not at all what we expected and it will weaken political parties and allow the return of a parliament similar to what we had during Mubarak's days," said Khaled Dawoud, a spokesman for the liberal al-Dostour party.

The system under Mubarak allowed wealthy or popular individuals, mostly aligned with his National Democratic Party (NDP), to run as "independents" using local patronage networks to get into parliament, which they then dominated.

"The individual system only allows those who have capabilities, lots of money. As new political parties, we can not compete according to those conditions," Dawood said.

"We are back to those who can spend money or have family ties that would allow them to win. This is a real setback for political parties in Egypt," he added.

Mubarak was overthrown in the 2011 Arab Spring uprising. Egypt's Muslim Brotherhood then emerged from the shadows and used its organizational muscle to win seats in the 2011 parliamentary election, which had given more seats to party list candidates. The parliament was later dissolved by court order.

During that election two-thirds of seats were allotted to party lists and one-third to individuals, allowing the Muslim Brotherhood and allies to win about 70 percent of seats in the first parliamentary election after the uprising.

The Ikhwan later managed to win five successive victories at the polls, including the election of the country's president, Mohamed Mursi, who was overthrown by the army in July.

On Sunday, Egypt will inaugurate the main man behind Mursi's overthrow, former army chief Abdel Fattah al-Sisi, who won more than 90 percent of the vote in presidential elections last month. The election took place against the background of a crackdown on supporters of Mursi and the Brotherhood, leading Western goverments to express concern about the state of democracy and human rights in Egypt.

Younes Makhyoun, head of the conservative Salafi Nour Party, which initially backed the army's removal of Mursi, has also criticized the new law.

"I call on President Adly Mansour not to end his time of service (as president) with passing this controversial law... It will outline the path and features of political life in the future," he said.