Egypt's Prime Minister Essam Sharaf said a peace deal with Israel was not "sacred" and "could be changed for the benefit of peace or the region." 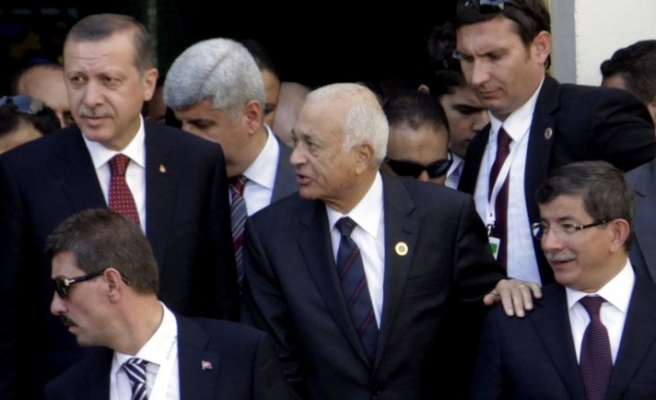 Egypt's Prime Minister Essam Sharaf said a peace deal with Israel was not "sacred" and "could be changed for the benefit of peace or the region."

His comments, made in an interview with a Turkish television channel and broadcast on state television, were the strongest yet by the new government which took over after president Hosni Mubarak was overthrown in February.

"The Camp David agreement is not a sacred thing and is always open to discussion with what would benefit the region and the case of fair peace ... and we could make a change if needed," he said in the interview.

Politics professor Mustapha al-Sayyid said Sharaf's comments appeared to be aimed more at boosting Egyptian security on the border with Israel, which under the 1979 treaty is subject to limitations, rather than abrogating it altogether.

"It has been well demonstrated that the size of Egyptian forces in this area is not sufficient to meet threats to security. The number of troops should be increased and equipment improved," he said.

"I don't think any Egyptian political forces are calling for abrogation of the treaty or even ending diplomatic relations."

Tensions between Egypt and Israel, which have been rising since Mubarak was overthrown, flared after a cross-border attack last month.

Egyptian protesters stormed the Israeli embassy last Friday in anger at Israel for the border killings.

Asked about Sharaf's comments, an Israeli spokesman said Prime Minister Benjamin Netanyahu had recently voiced his commitment to the treaty on at least two occasions.

The army-backed government that Sharaf leads has struggled to contain public anger towards Israel after the border killings.

Egypt threatened to withdraw its ambassador but did not, infuriating many Egyptians who wanted a tougher response. Israeli flew its ambassador out after the Israeli embassy was stormed.

Many Egyptians have said Cairo should have taken a more assertive line like Turkey, which expelled the Israeli ambassador after Israel refused to apologise for the death of nine Turks in an Israeli raid on a Gaza-bound flotilla.

An Egyptian security official said last month that Egypt and Israel agreed to increase the number of Egyptian troops along the border in the Sinai peninsula.

Egypt has received billions of dollars of U.S. military and other aid since it signed a peace deal with Israel despite the latter's occupation of Palestinian lands.