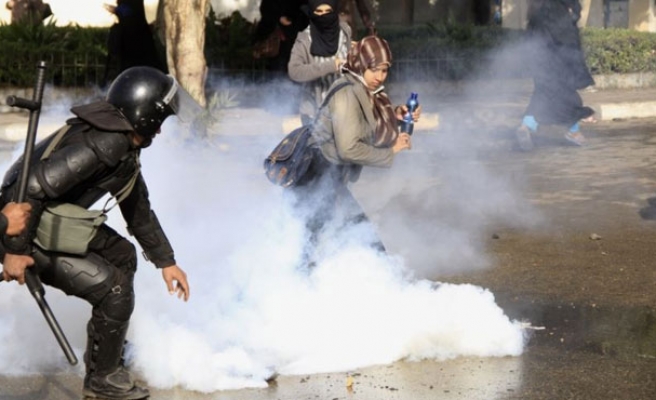 Egyptian security forces on Sunday used teargas to disperse student demonstrations that took off on several university campuses across the country to denounce a court ruling that exonerated ousted president Hosni Mubarak from the charges of ordering the killing of protestors in early 2011.

Police forces used teargas against demonstrations that erupted in Al-Azhar University in eastern Cairo and Minya University in Upper Egypt, and arrested seven protestors, according to student sources.

On Saturday, Egyptian police used teargas to disperse hundreds of people who gathered near Cairo's iconic Tahrir Square to protest the court verdict. Two Egyptian protestors were killed and nine others wounded in the violence, according to Egypt's Health Ministry.

The court cleared Mubarak, ex-interior minister Habib al-Adly and six former top security officials of charges of ordering the murder of hundreds of protesters during the 18-day uprising, which ended Mubarak's 30-year rule in early 2011.

The verdicts are still subject to appeal.

During Saturday's session, the judge said that trial documents showed that 239 people had been killed in 11 provinces during the January revolution, including 36 people killed in public squares.

He added that 1,588 people had also been injured during the revolution according to the trial documents.