Relations between Cairo and Addis Ababa soured last year over Ethiopia's construction of a $6.4-billion hydroelectric dam on the Blue Nile 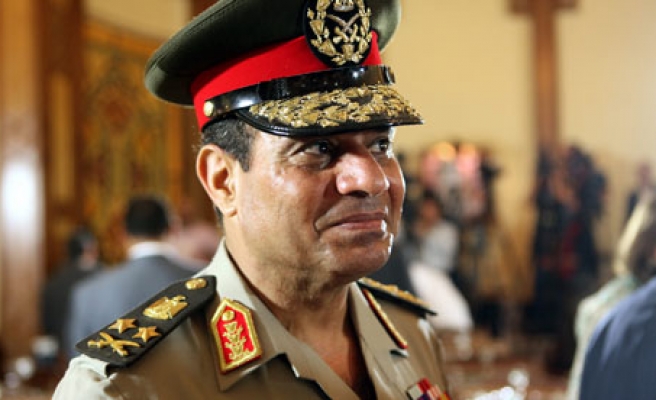 "President al-Sisi will visit Ethiopia and meet with Prime Minister Hailemariam Desalegn for talks on bilateral relations and the Renaissance Dam, among other issues," Adhanom told Ethiopia's official news agency.

The Egyptian government, for its part, has yet to confirm al-Sisi's visit to Ethiopia.

Relations between Cairo and Addis Ababa soured last year over Ethiopia's construction of a $6.4-billion hydroelectric dam on the Blue Nile. The project has raised alarm bells in Egypt, which relies on the river for almost all its water needs.

Water distribution among Nile Basin states has long been regulated by a colonial-era treaty – which Ethiopia says it has never acknowledged – that gives Egypt and Sudan the lion's share of river water.

During his inauguration speech on Sunday, al-Sisi said he would not allow the dam's construction to adversely affect Egypt's relations with Ethiopia or other African countries – a gesture that was welcomed by Addis Ababa.

He went on to say that an Ethiopian delegation – consisting of lawmakers and representatives of religious institutions, media outlets and the private sector – would soon visit Egypt.

"The move [dispatching the delegation] aims to boost relations between the Egyptian and Ethiopian people," Adhanom said. "We expect the visit will help boost diplomatic relations with Egypt."

New technology can operate off any heat source, with a minimum of 100°F temperature differential between the heat source and sink. Geothermal energy is only one potential application. Similar systems are already in operation off heat generated from landfill flares and gas turbine exhaust. Another excellent potential application is using biomass as a fuel.Oil and gas also provides another new application for the power plant. Because most oil and gas wells are quite deep, they are warmed.

Egypt: With 10 mountains over 2300 meters high and two border seas, wind turbines will provide power. Proven geothermal will also power desalination plants to irrigate the desert. Solar has wide potential. With 3% land serving 98% of the population, Egypt must develop the interior. Global climate change will challenge many nations with rising ocean levels. New leadership must plan for many factors new to Egypt. El-Sisi has the nation ready for growth and new adventures in modern technology.