Mahdi, who graduated from Cairo's Al-Azhar University, played an active role in the 2011 uprising, which led to the removal of autocratic president Hosni Mubarak from power after 30 years of rule 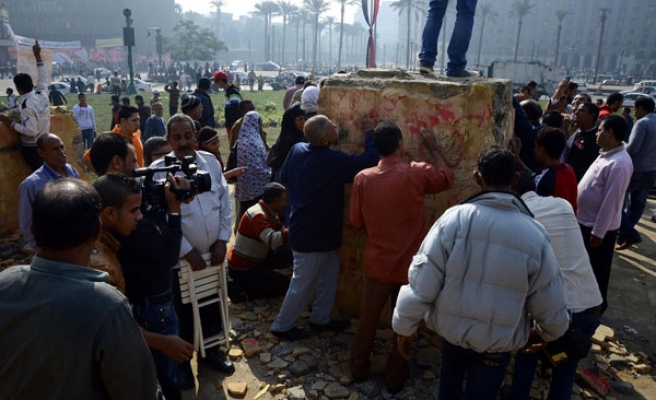 A female Egyptian activist on Thursday took her own life in her house in Cairo, a friend of hers has said.

Female activist Zeinab Mahdi, who was in her early twenties, killed herself Thursday afternoon in her western Cairo apartment, her friend Ahmed Mahdi told Anadolu Agency.

He added that prosecutors had started an investigation into the incident and sealed the apartment to further check evidence at the site.

Mahdi, who graduated from Cairo's Al-Azhar University, played an active role in the 2011 uprising, which led to the removal of autocratic president Hosni Mubarak from power after 30 years of rule.

She had been a member of the Muslim Brotherhood, the movement from which ousted president Mohamed Morsi hails, but left the Islamist movement in the wake of the uprising.

Mahdi has been critical of Morsi , who won the 2012 polls. She joined, however, a mass sit-in by his supporters in eastern Cairo's Rabaa Square out of solidarity, following Morsi's ouster by the army in July last year.

The young activist had been a vocal critic of incumbent President Abdel-Fattah al-Sisi and called for the release of thousands of people put in jail after Morsi's ouster.

Shortly before her death, Mahdi had secluded herself away from her friends and the public over her increasing frustration with Egypt's political conditions, according to activist Mohamed al-Qassas.

"Zeinab tried to defend the principles of the 2011 revolution until she got fed up with reality," al-Qassas, who personally knew Mahdi, told Anadolu Agency.

"Revolutionary youths are unfortunately in a state of defeat," al-Qassas said. "Some of them fled the country, while others died defending the revolution's principles."