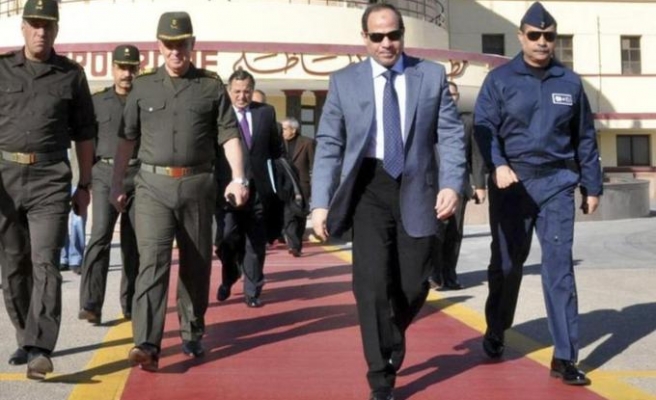 "Barakat referred the documentations about the alleged leaks broadcast by channels and websites affiliated with the terrorist Muslim Brotherhood group to the military prosecution for investigation," the source told The Anadolu Agency, requesting anonymity.

According to the source, initial investigations showed that the alleged leaks were "fabricated using advanced technologies."

He attributed Barakat's decision to the fact that the alleged leaks "touched on an affair of the Armed Forces."

Several media outlets aired earlier this week unverified audio recordings – purportedly for top Egyptian officials and brass – discussing altering the features of a secret military location where Morsi was being held after his ouster by the army in July of last year to be projected as a prison under the jurisdiction of the Interior Ministry.

According to Egyptian law, a defendant must be held in prisons that fall under the jurisdiction of the Interior Ministry. If the arrest and detention procedures are invalid, the entire case can be nullified.

Barakat had immediately dismissed the alleged leaks as "fabricated" and ordered an investigation into the issue.

During a hearing on Saturday, Morsi recalled that he was moved from the Republican Guard headquarters in eastern Cairo to several locations until he reached the Abu Qir naval base in the coastal province of Alexandria, where he was held from July 5 to November 4.

Egypt's first-ever democratically elected leader, Morsi was ousted by the military last year – after only one year in office – following opposition protests against his presidency.