At least 2,000 people, most of them Mursi supporters, have been arrested since he was deposed by the army on July 3. 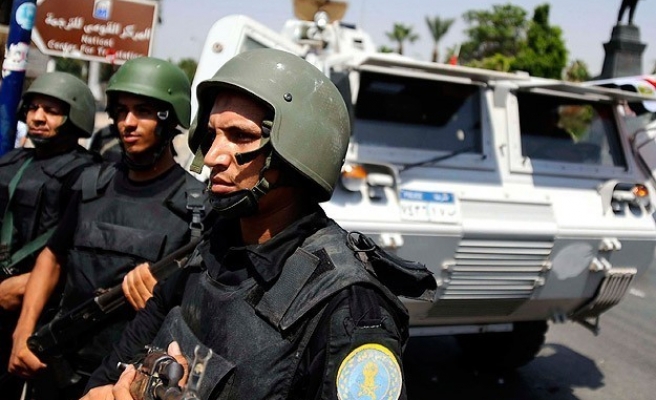 John Greyson and Tarek Loubani said they were in Cairo before going to the Gaza Strip where Loubani was due to teach a medical course while Greyson made a documentary about him.

They went to see the protests on Aug. 16 and were arrested at a check point, then searched and beaten, they said. The two men were taken to Cairo's Tora prison, where members of ousted President Mohamed Mursi's Muslim Brotherhood are being held.

They started a 3-week hunger strike to protest against their detention on Sept. 16. It ended on Thursday.

Their lawyer, Marwa Farouk, told Reuters they were freed from jail at about 01:00 a.m. on Sunday morning (2300 GMT on Saturday) and were in the Canadian embassy a few hours later.

"The prosecutor general granted us the appeal I raised in court and they are already on a plane to Toronto," she said.

At least 2,000 people, most of them Mursi supporters, have been arrested since he was deposed by the army on July 3.

Amnesty International says scores of those arrested have been deprived of basic legal rights.