Some 6,000 Palestinians are currently stranded on the Egyptian side of the border with the Gaza Strip 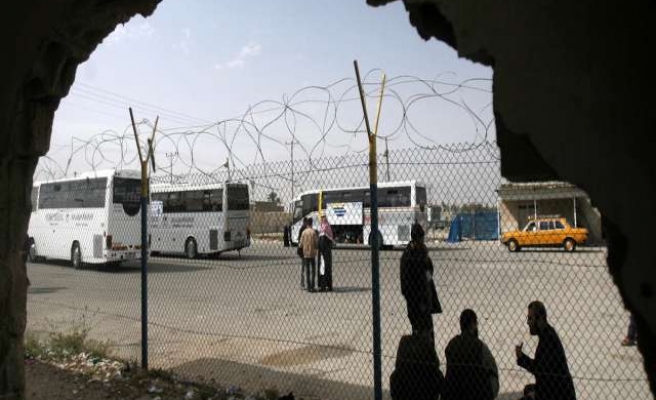 Egyptian authorities have decided to  reopen the Rafah border crossing with the Gaza Strip for two days to allow thousands of Palestinians – who have been stranded on the Egyptian side for weeks – to return home, Palestinian and Egyptian officials have said.

"The Egyptian authorities notified their Palestinian counterparts that the crossing would be open for Wednesday and Thursday to allow stranded Palestinians to return to Gaza," Maher Abu Sabha, the head of Gaza's border authority, told The Anadolu Agency.

Some 6,000 Palestinians are currently stranded on the Egyptian side of the border with the Gaza Strip, he said.

Hundreds of Palestinians stranded in Egypt for weeks have gathered outside their embassy in Cairo to demand the reopening of the Rafah border crossing to allow their return to the blockaded Gaza Strip on Tuesday.

Egypt closed the Rafah border crossing, Gaza's only access to the outside world not under Israeli control, on October 24 following an attack on a military site in the Sinai Peninsula that left 31 Egyptian troops dead.

The repeated crossing closures has made life even more difficult for Gaza's roughly 1.9 million residents, who have groaned under an airtight Israeli blockade since 2007.