The protest erupted on Friday after Israel killed five Egyptian border guards during a raid. 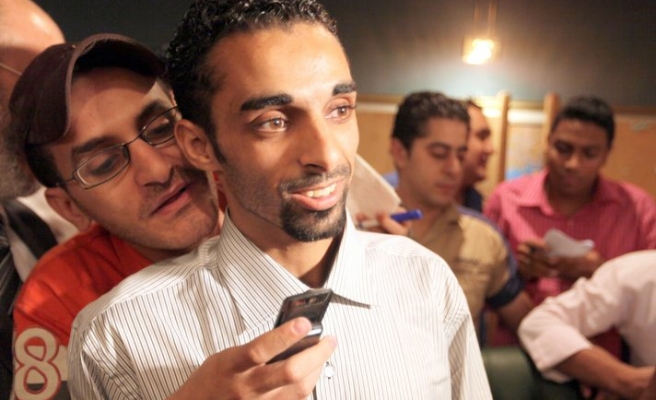 An Egyptian provincial governor has rewarded a protester who tore down the flag from the Israeli embassy in Cairo with a job, new home and honorary shield, newspapers reported on Thursday.

The protest erupted on Friday after Israel killed five Egyptian border guards during a raid.

Ahmad al-Shahat shot to fame after scaling the tall building, removing the Israeli flag and replacing it with Egypt's national colours as hundreds demonstrated outside the embassy on Saturday night.

Thousands cheered and encouraged Shahat as he climbed and jubilation broke out as he ripped the flag from the pole.

Video images of Shahat clambering up the building swept the Internet and set off a flurry of "Flagman" postings on social network Twitter.

At a special gathering, the governor in Shahat's home town of Sharqiya awarded the jobbing painter with a home and a job at a local quarry, newspaper Al Akhbar reported.

A photo in the newspaper showed Shahat proudly receiving the shield from the governor in a red case.

The honouring of Shahat underlines a change in the official stance towards Israel since an uprising toppled Egypt's President Hosni Mubarak and the army took control.

The killing of the Egyptians led to a diplomatic row with Tel Aviv, with Cairo threatening to withdraw its ambassador and demanding an apology.

Israel has stopped short of apologising, saying it is still investigating how the Egyptian troops were killed.

Egyptian activists, including civil society groups that led the protests to remove Mubarak, said a new demonstration was planned outside the Israeli embassy on Friday to press for the expulsion of Israel's ambassador and closure of the embassy.