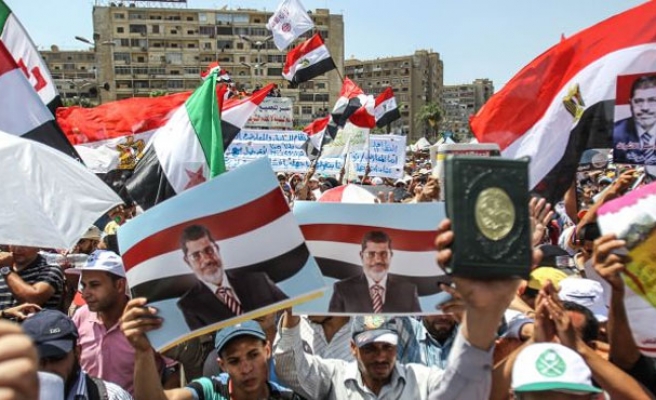 A Salafist opposition party on Saturday unveiled a new initiative for bringing an end to political divisions in Egypt, saying the initiative sought to bring Egyptians together and contribute to Egypt's rebuilding.

The Salafist Watan Party, which had recently pulled out of the National Alliance for the Defense of Legitimacy, the main support bloc behind ousted president Mohamed Morsi, said its blueprint is not about a reconciliation initiative between the government and the Muslim Brotherhood, the movement from which Morsi hails.

"It is rather an attempt to create a common space for understanding and accord," the party said in a statement.

The initiative does not, however, talk about the return to power by Morsi who was ousted by the military last summer.

It calls for the creation in Egypt of a democratic and constitutional political system that excludes no body and seeks to do justice to all political actors.

"All forms of violence must be renounced," Watan party said in its statement. "Everybody must also be committed to peaceful work," it added.

Watan is headed by Emad Abdel-Ghafour, an ex-aide of Mohamed Morsi when he was in power.

His party said in its statement that ballot boxes must be the only means for regulating Egypt's current transition in an atmosphere of respect for both the constitution and the law.

It added that the army should be committed to its mission of defending Egypt's borders, away from any political bias.

Even with this, a senior member of the party said party members still believed that the current authorities in Egypt were "illegitimate" and that they came to power through a "military coup".

"Whether Morsi will return to power or not, this is up to him and the people who voted for him," Mohamed Abdel-Mawgoud said.

He said his party would discuss the new initiative with other Islamist parties in Egypt in order to reach a common vision on the initiative.

Morsi, this country's first freely-elected head of state, was ousted by the military on July 3 last year, following major protests across Egypt.

His ouster opened, however, the door for political and security turmoil and a government crackdown on his supporters and movement members.