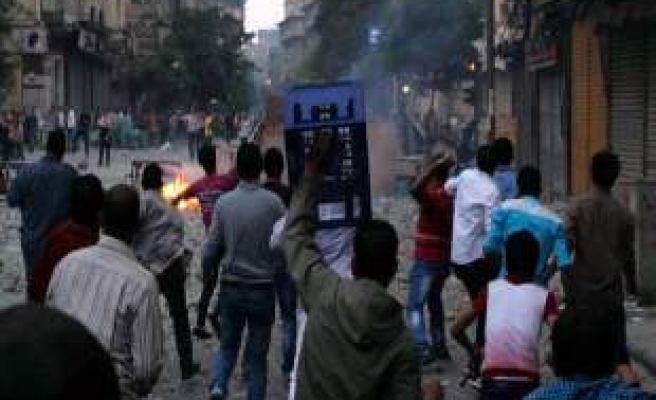 Egyptian authorities confirmed that at least 53 people were killed and 271 injured in nationwide clashes on Sunday between security forces and pro-democracy protesters.

Khaled al-Khatib, head of emergency at the Health Ministry, was quoted by state news agency MENA as saying that 53 people had been killed and 271 injured in violence that engulfed Egypt on the day that it also celebrated the 40th anniversary of its 1973 war victory over Israel.

Most deaths occurred in capital Cairo and the adjacent Giza province, he said.

In Cairo, several pro-democracy demonstrations were met with teargas fired by security personnel who succeeded in keeping protesters away from the iconic Tahrir Square.

Demonstrators marching from southern Cairo were blocked by security forces roughly one kilometer from the flashpoint square.

Another demonstration was stopped in Dokki, Giza, where security forces fired shots in the air and used teargas to disperse protesters.

Several demonstrators were injured and an unspecified number of others arrested.

Clashes also broke out in Cairo's Ramses Square between security forces and pro-democracy protesters attempting to march on Tahrir.

At least 11 of the latter sustained shotgun injuries in the head, eyewitnesses said.

In the canal province of Suez, meanwhile, 20 pro-democracy protesters were injured in clashes with security forces.

In the Qalioubiya province, six demonstrators were arrested after security forces broke up a protest, which, security officials said, had attempted to disrupt subway service in the Shubra al-Kheima district.

Over 40 other demonstrators were detained in the coastal city of Alexandria following clashes with anti-Morsi elements.

Seven protesters were also arrested in the Upper Egyptian Assiut province, while another eight were detained in the adjacent province of Sohag.