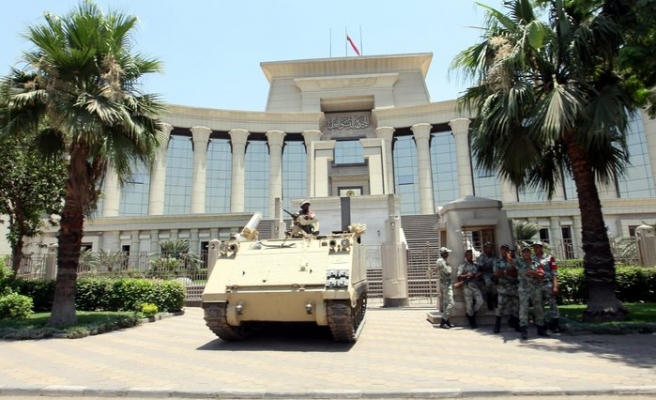 Egypt's interior ministry said on Wednesday it had arrested an Egyptian militant who had returned from fighting in Syria with a group linked to the Nusra Front in order to train Egyptians in bombmaking.

"I traveled to Syria about a year ago," said a bearded man. "I was trained to use Kalashnikovs and explosives with the Furqan Brigade...in Homs," a central Syrian city.

Reuters was not immediately able to confirm Shaheen's connection to Nusra, which has fought against Syrian President Bashar al-Assad's forces as well as rival militants from ISIL and has recently come under attack by U.S. air strikes.

The ministry also said it had uncovered five "terrorist cells" composed of 38 fighters in Gharbia who it said were complicit in blocking roads and violence that had wounded 7 policemen and 14 civilians.

Militant attacks across Egypt have surged since July 2013 when the army ousted President Mohamed Mursi following mass protests and then cracked down hard on his Muslim Brotherhood, labeling it a terrorist organisation and arresting thousands of members.

The government does not differentiate between radical groups like Ansar Bayt al-Maqdis based mostly in the Sinai Peninsula and the Brotherhood, which maintains it is peaceful and has denied involvement in recent anti-state violence.

Ansar, which has killed hundreds of police and soldiers in the past 16 months, pledged loyalty to ISIL last week.