State news agency MENA said it had shut down a company that provided facilities to the channel Al Jazeera Mubasher (Live), which broadcasts live international events. 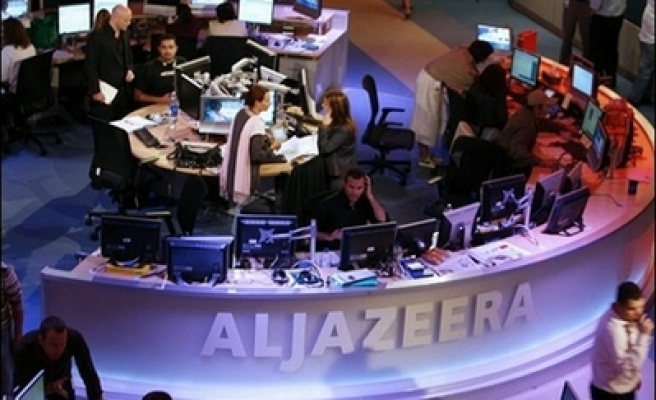 Security officers raided the offices of an Al Jazeera channel in Egypt and detained some of its staff, the Qatar-based broadcaster said on Sunday, describing the move as an attempt to drive the channel off the air.

State news agency MENA said it had shut down a company that provided facilities to the channel Al Jazeera Mubasher (Live), which broadcasts live international events. MENA said the Al Jazeera unit did not have a proper licence.

Since it was launched in 1996, Al Jazeera has become the highest-profile satellite news broadcaster in the Middle East. It has frequently had difficulties with governments in a region where media have traditionally been tightly controlled.

Under ousted President Hosni Mubarak, Egypt often harassed Al Jazeera. Egypt briefly shut down its operations in January, accusing it of inciting the protests that toppled Mubarak on Feb. 11.

"Interior ministry officers, employees from the television and radio union and employees from the cultural control authority entered our offices ... and started saying things that I think were an attempt to close the channel," said Ahmed Zain, who heads Al Jazeera Mubasher in Cairo.

Zain said several of those responsible for broadcasting at the channel had been detained.

"We continue on our journey in transmitting what is happening in Egypt to the Egyptian viewer," he said. "As for licences, we have been applying for licences for a long time, since the channel was set up, and are ignored whenever we ask about them."

A firm called Unique Media Production, which sublets its premises to various satellite channels including Al Jazeera Mubasher, had been closed down, it said.

A security source said several other channels had been shut on Sunday because they did not have a licence or for breaching professional codes.