Ashour, the chairman of the Bar Association, said "the public mood goes for writing a new constitution, not reviving a dead charter." 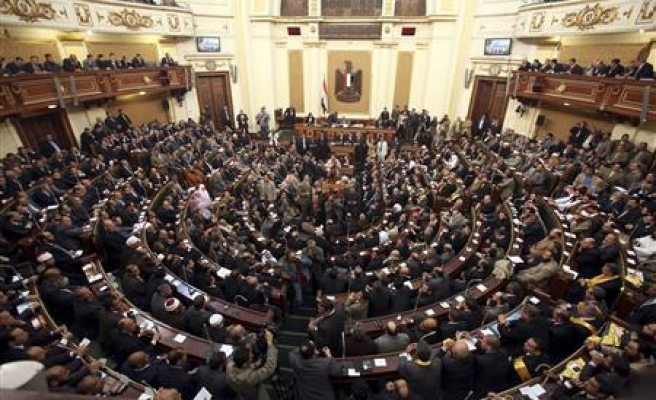 A senior figure of the 50-member panel tasked with amending Egypt's suspended constitution said they were in contact with interim President Adly Mansour to issue a new constitutional declaration allowing them to write a completely new charter.

"The panel is talking with the Presidency to issue a constitutional declaration on drafting a new constitution," Sameh Ashour told a hearing for representatives of young preachers on Wednesday.

Ashour, the chairman of the Bar Association, said "the public mood goes for writing a new constitution, not reviving a dead charter."

The powerful military suspended the constitution on July 3 after ouster elected President Mohamed Morsi and installing Mansour as interim president.

Mansour has since appointed a 50-member panel to amend the suspended constitution.

Saad al-Helali, another panel member, reiterated support for the removal of an explanatory article on Islamic sharia.

Article 2 of the suspended constitution states that "Islam is the religion of the state, Arabic is the official language and the principles of Sharia are the main source of legislation."

Article 219 describes the "principles of Sharia" as "all proofs, jurisprudential bases and sources agreed upon by Sunni schools."