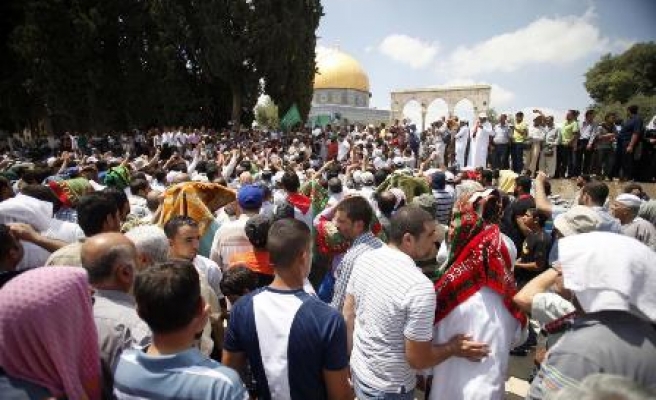 The protests come in response to calls by the National Alliance for Defense of Legitimacy, a coalition of pro-democracy Islamist figures and bodies, for two weeks of daily demonstrations under the banner, 'The Youth Are the Pillar of Revolution.'

Morsi supporters have staged daily rallies for the past 92 days against the July 3 military ouster of the country's first-ever democratically elected president – a move they describe as a "military coup."

In Giza, a protest in the upscale Mohandeseen neighborhood was prevented by security forces from marching to Mustafa Mahmoud Square, the scene of earlier clashes.

In the Nile Delta province of Daqahliya, meanwhile, protesters held a funeral procession for a senior Muslim Brotherhood member who recently died from cancer in prison.

The Brotherhood leader was arrested last month along with scores of Brotherhood supporters on charges of "inciting violence" and possession of unlicensed weapons. A court later ordered his release, along with 48 other Brotherhood members.

A member of Khalil's defense team said his client's health had deteriorated rapidly after he was transported to court by a police truck instead of an ambulance.

"He died at the police station after his health deteriorated and police were reluctant to release him following the court verdict," the Brotherhood said in a statement.

Since Morsi's ouster, Egypt's new army-backed rulers have unleashed a massive crackdown on Brotherhood leaders, rounding up hundreds of the group's senior and mid-ranking members, including Brotherhood leader Mohamed Badie.