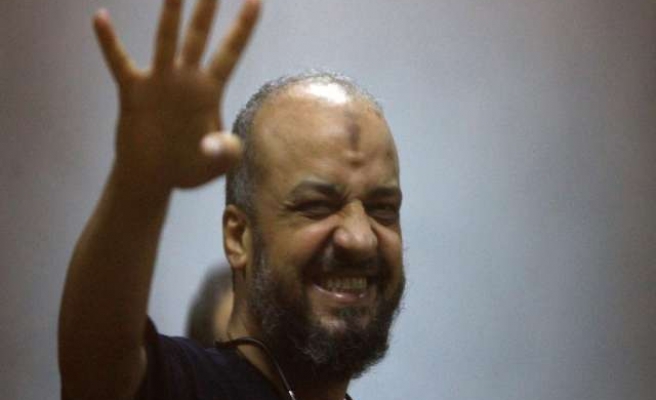 An Egyptian court sentenced a leader of the outlawed Muslim Brotherhood and a cleric to 20 years in prison on Tuesday for attempting to kill two policemen, part of a government crackdown that has severely weakened the group.

Mohamed El-Beltagy and cleric Safwat Hegazy were convicted of detaining and attempting to kill the policemen during protests against the military's overthrow of elected President Mohamed Mursi on July 3, 2013.

The demonstrations at Cairo's Rabaa al-Adawiya were crushed by security forces, who killed hundreds of people.

Egyptian officials, who call the Brotherhood a terrorist group, have repeatedly said that some protesters were armed and fired at police and soldiers.

Two doctors who treated wounded protesters at a field hospital during the clashes, Mohammed Zenati and Azim Mohammed, were sentenced to 15 years each on the same charges.

Like many Brotherhood leaders, Beltagy faces several legal cases. In April, he was sentenced to one year in jail for insulting the judiciary. He has also received a life sentence for inciting violence following Mursi's removal.

Hundreds of supporters of Brotherhood, an international movement and once Egypt's most organised political group, were killed and thousands were arrested or forced into hiding after Mursi was toppled following mass protests against his rule.

Human Rights Watch has said at least 817 protesters were killed during the clearing of the Rabaa sit-in. It compared the attack to the 1989 massacre of protesters around China's Tiananmen Square.

Hegazy, who is also on the list of individuals banned from Britain "for stirring hatred", was a supporter of the Brotherhood and its media adviser.

He was arrested last August while trying to cross into Libya. The trial has been delayed since last year. Three sets of judges have stepped down from the case, citing uneasiness with pressure from the government.

Courts in Egypt have handed down harsh sentences against the Brotherhood, with its General Guide Mohammed Badie and about 200 others sentenced to death in a mass trial that caused outrage among Western governments and rights groups.

The Brotherhood had threatened to bring down Sisi with mass street protests. But demonstrations faded after one of the fiercest crackdowns in the group's history.

Though the Brotherhood was initially singled out, Egypt has since targeted secular activists prominent in the 2011 uprising that toppled Hosni Mubarak.