Egypt Sunday's death toll up to 54 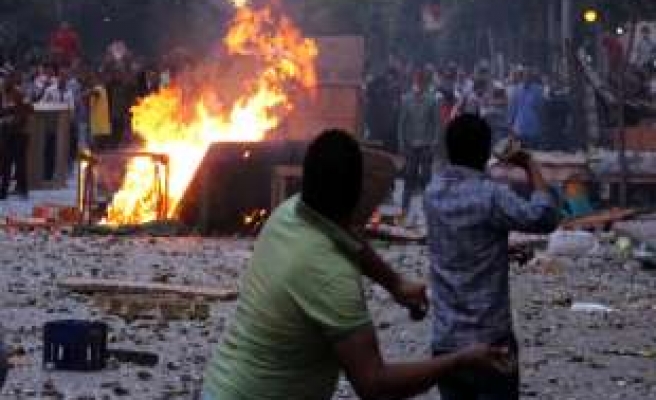 A protester who had sustained serious injuries in clashes between security forces and pro-democracy supporters in the Upper Egyptian village of Dalga in Minya province Sunday died Monday, taking the total death toll nationwide to 54.

Security sources said Talaat Youssef, 30, breathed his last in Minya University Hospital where he was receiving treatment from gunshot wounds he had sustained yesterday.

At least three were killed and seven injured in clashes between security forces and pro-democracy supporters in Dalga Sunday.

The violence erupted when a pro-democracy march approached a site manned by security forces chanting slogans against the army and police.

Last month, joint police-army forces stormed Dalga and dispersed a 75-day sit-in staged by Morsi supporters, arresting many of them.

Youssef's death takes to 54 the total number of people killed in violence that engulfed Egypt Sunday, the day that the country was celebrating the 40th anniversary of its 1973 war victory over Israel.