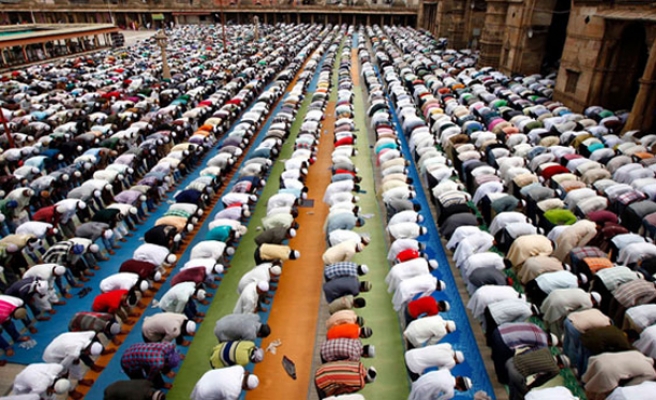 Egypt has banned 'unauthorised' preachers from giving sermons or teaching Islam in mosques and other public places, according to a decree on Saturday marking a further step in official efforts to curb Muslim Brotherhood influence.

Selected employees of the religious endowments ministry will be empowered by the justice ministry to arrest anyone caught violating the decree, it added.

"No preacher will mount a minbar next Friday without a permit," the ministry said on its Facebook page, referring to the traditional raised pulpit in a mosque. The decision was taken to "preserve national security," it said.

The military-backed government has moved to bring mosques under tighter control since the army toppled President Mohamed Mursi of the Muslim Brotherhood last July.

It said in April it had licensed more than 17,000 state-approved clerics to give Friday sermons to stop mosques from falling "into the hands of extremists." It also disclosed it had removed 12,000 unapproved preachers.

Many Egyptians pray at small neighbourhood mosques beyond the control of the state.

The Muslim Brotherhood, until last year Egypt's best-organised movement, has been driven underground, with most of its leaders in jail or in hiding. It denies any involvement in lethal attacks on security forces since Mursi's overthrow.

According to the decree, "only designated specialists at the Ministry of Religious Endowments and authorised preachers from al-Azhar shall be permitted to practice public preaching and religious lessons in mosques or similar public places."

Only al-Azhar officials and graduates as well preachers from the ministry or the grand mufti's office will be allowed to wear the trademark "turban" - a red hat with a white cloth band - and robes that designate an al-Azhar cleric, it said.

Unauthorised preachers face fines jail terms up to a year and fines up to 50,000 Egyptian pounds ($7,000). Wearing or denigrating al-Azhar garments in any way will carry similar penalties, it added.

Galal Mora, secretary-general of the Nour Party, a Salafist group that backed the army's removal of Mursi, told Reuters the group approved of the law and urged respect for it.

The religious endowments ministry has been keeping a close eye on authorised imams as well. The state news agency MENA reported on Saturday that it had removed three government appointed imams from their positions in Minya province.

Accused of mixing religion and politics, the men will be switched to administrative jobs and be banned from giving Friday sermons, it said.

The Muslim Brotherhood's worldwide website, which still operates despite the clampdown on the movement in Egypt, protested against the removal of the three imams.