Sami Enan, chief of staff of Egypt's armed forces and the second-highest member of the council was due to meet political party heads on Sunday to discuss preparations for the elections. 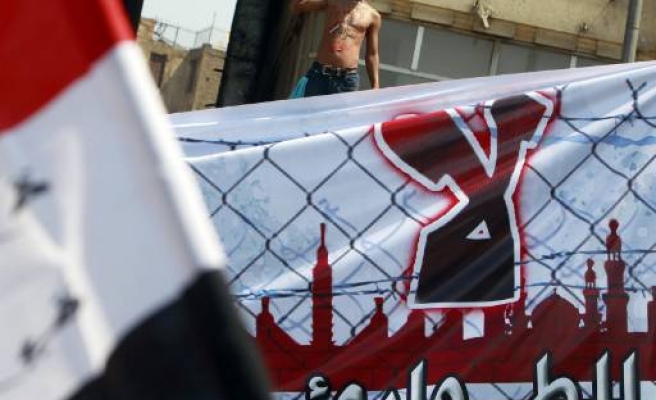 Egypt will start parliamentary elections on Nov. 21, Al Arabiya Television and the Al-Ahram newspaper reported on Saturday, the country's first vote since a popular uprising toppled President Hosni Mubarak in February after 30 years of autocratic rule.

Al-Ahram quoted Egypt's election commission head, Abdel Moez Ibrahim, as saying voting for the lower house, the People's Assembly, will be held in three stages starting on Nov. 21 and ending on Jan. 3. Voting for the upper house, the Shura Council, will begin on Jan. 22, 2012 and finish on March 4.

Election commission officials were not immediately available to comment and an army source said the election date would be announced in the coming days.

"The military council will issue a decree on September 26 fixing a final date for the election for the People's Assembly and the Shura Council," MENA quoted the official as saying, adding that the military council was the appropriate authority to make such decisions.

The military council has been under popular pressure to fix a date for the election it promised when it took over after Mubarak was forced to step down.

No date has been fixed for the presidential poll, which the military council has said was to follow the parliamentary vote.

Many Egyptians are worried the military council was dragging its feet in preparing for a transition to democracy. Some feared the council was hesitant about handing power to civilians.

The Muslim Brotherhood, which was once seen as the least critical of the military council, had joined calls for an election timetable. The Brotherhood ranks as Egypt's best organised political force.

Sami Enan, chief of staff of Egypt's armed forces and the second-highest member of the council was due to meet political party heads on Sunday to discuss preparations for the elections.

Said Eissa, head of political news at Al-Ahram, said the council was due to invite voters to participate in the elections in a decree to be issued in the last week of September.

The council has said the judiciary will oversee the vote to ensure a free and fair poll. A member of the council said in July the election will be held in three stages to make it easier for monitors to oversee voting.

Officials have said the vote would be split between a proportional system of party lists and geographical seats, with half of the 504 seats in the lower house assigned to each.

Voters will cast ballots for both the lower and upper houses at the same time and the elections will be held in 120 voting districts. A period of 15 days will separate one stage from the next, during which any re-run will be held.