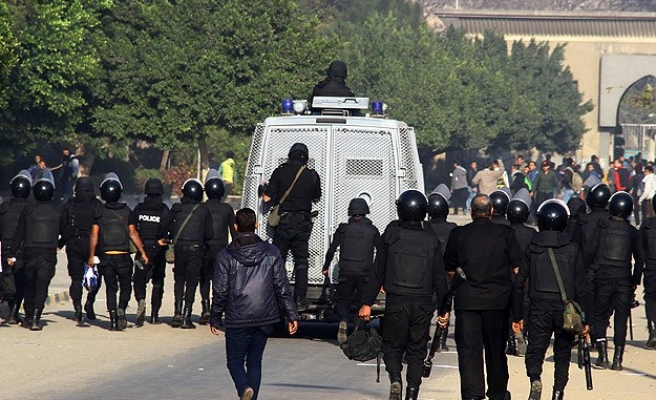 Egypt's Interior Ministry has vowed to preempt a planned "Islamic youth uprising" on Friday, which has been called for by a Salafist group, vowing to arrest organizers ahead of the demonstrations.

"We laid down a plan to arrest the organizers of the November 28 protests, even before they take place," ministry spokesman Hani Abdel-Latif told The Anadolu Agency.

The spokesman did not give further details of the plan, but said the arrest campaign would take place over the "next few days."

On Sunday, Morsi's Muslim Brotherhood announced its support for the proposed protests, although it refrained from stating whether or not it planned to participate in the rallies.

Adel-Latif claimed security reports had indicated that the Brotherhood stood behind the planned protests "from behind the curtain of Salafist Front."

"We will deal with the threats firmly and seriously," he added.

The authorities have threatened to use live ammunition against anyone who attacks state institutions during the protests.

Security forces, however, usually disperse these rallies by force amid an ongoing crackdown on Morsi supporters that has left hundreds of protesters dead and thousands behind bars.