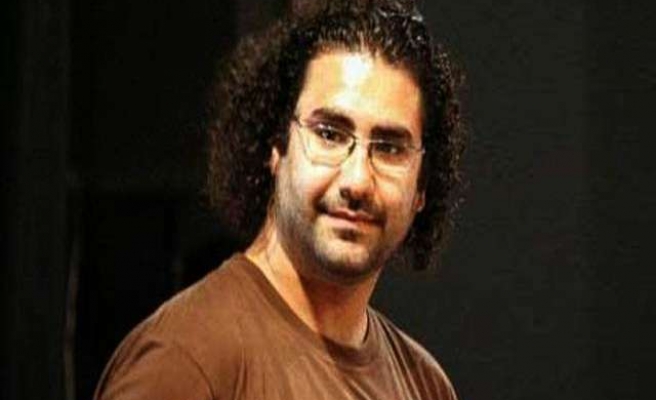 One of Egypt's most prominent activists, Alaa Abdel Fattah, was released on bail on Monday ahead of his re-trial on charges of violating a protest law, triggering celebrations by dozens of supporters in the court room.

Abdel Fattah, a leading secular figure in the 2011 revolt that toppled Egypt's Hosni Mubarak, and other defendants facing similar charges, were freed from a court room cage immediately after the judge's ruling and were swamped by friends and family.

A total of 25 defendants - including Abdel Fattah in absebtia - had been each sentenced to 15 years in June for violating a law that seeks to curtail demonstrations - legislation branded repressive by rights groups.

Abdel Fattah and two others were later arrested, an event which in Egyptian law prompts a re-trial in the same court.

But the judge, Mohamed Ali al-Fiki, on Monday said he would no longer look into the case and asked that it be transferred to another court. Fiki said he had taken the decision because a lack of respect for the court had put him in an embarrassing position.

The judge did not elaborate but asked the prosecution to investigate how a family video that was unrelated to Abdel Fattah's case had been included as evidence. The airing of the footage at the previous hearing on Sept. 10 had caused uproar among the defendants.

Dozens of activists, political detainees and relatives of the defendants had begun hunger strikes in recent weeks to demand their release and call for an end to the protest law.

The law, passed last year, gives the interior ministry the power to ban any public gathering of more than 10 people and has added to fears that freedoms won during the 2011 uprising were being rolled back.