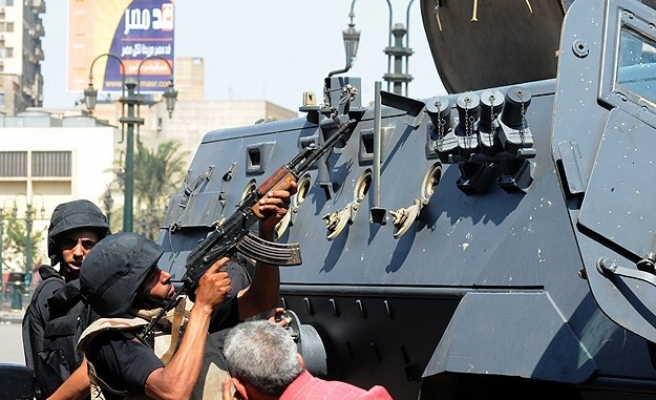 Some Egyptian human rights groups shredded documents on Sunday and instructed their staff to stay home as a government deadline approached for them to register under a Hosni Mubarak-era law they say seeks to eliminate them.

Egypt's government says groups doing the work of non-governmental organisations (NGOs) but not registered as such must correct their status by Monday to comply with a 2002 law it is enforcing while it works on new legislation for the sector.

Human rights groups say the push to enforce the old law aims to restrict their activities and funding, raising concerns that President Abdel Fattah al-Sisi's government is rolling back freedoms won in the 2011 uprising that ousted Mubarak.

"Whatever happens, I don't think that the human rights movement in Egypt is going to be able to work safely," Mohamed Zaree, programme director at the Cairo Institute for Human Rights Studies (CIHRS), told Reuters.

He said his group had never tried to register under the 2002 law and refused to do so now because it was "a death sentence for our independence".

Contacted by Reuters on Sunday, neither the Social Solidarity Ministry, which is responsible for NGOs, nor the presidential spokesman were immediately available for comment.

But she also said the government would begin going after improperly registered organisations once the deadline passed.

The government's deadline comes as executives from more than 60 U.S. businesses visit Cairo for a major investment summit.

Foreign investors have looked positively on initial economic reforms enacted by Sisi, who has pledged to revive the economy and combat an insurgency. He has been less specific on upholding the rights many Egyptians rose up to demand in 2011.

Since toppling elected President Mohamed Mursi of the Muslim Brotherhood last year, Sisi has presided over a fierce crackdown on dissent that has seen many thousands jailed.

Though most targeted in the crackdown were Mursi supporters, liberal and secular activists are now also behind bars -- many of them charged with violating a new law that limits protest.

The political climate means trust is low between the government and civil society in Egypt. Some groups have felt particularly exposed since late 2011, when authorities raided 17 local and international pro-democracy and rights groups accusing them of joining a foreign conspiracy against Egypt.

Some groups have refused to register under the 2002 law because it enables tight state control over the activities and finances of registered groups. Others are registered as civil companies or law firms because the government never approved their applications under the 2002 law.

Rights defenders interviewed on Sunday said they were taking precautions such as temporarily closing their offices or working from home. Speaking on condition of anonymity, two groups said they had destroyed documents in anticipation of a raid.

Amnesty International's Egypt researcher Nicholas Piachaud told Reuters that, regardless of what happened on Monday's deadline, the damage had "already been done".

"The Egyptian authorities are sowing a climate of fear which has stopped NGOs from doing their vital work of defending human rights and the law," he said.

Zaree of CIHRS said his group and others already operated under severe constraints, constantly worried their work would be seen by the state as an attempt to "stain the national image".

He cited his group's decision not to participate in last week's United Nations Human Rights Council review of Egypt's human rights record as an example when the group had to stand down, not knowing "what the cost of participating would be."

Egypt defended its record at the meeting, saying that personal freedoms were among its prime concerns.

The Egyptian Initiative for Personal Rights (PIER), a well-known group, said it tried in 2004 to register under the law but "nothing happened", even after staff went to court to try to get the application accepted. Like other groups doing similar work, EIPR is registered as a limited liability company.

"We really don't see the point of registering under a 12 year-old-law that even the state says is inadequate," said EIPR Associate Director Gasser Abdel-Razek. "Everyone accepts the fact that this is not a democratic law".