Outside its headquarters in Cairo, dozens of Muslim clerics protested against the Al-Azhar document. 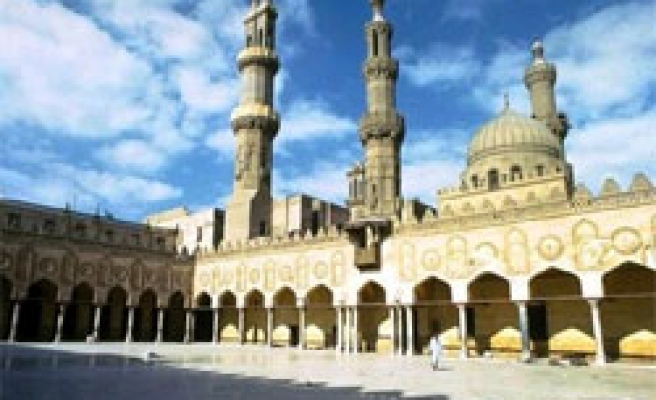 Egypt's prestigious centre of Islamic learning, Al-Azhar, hosted Islamists and liberals on Wednesday at talks aimed at agreeing the principles of a new constitution ahead of November elections.

The meeting was attended by presidential candidates Amr Mousa, former head of the Arab League, and Mohamed El Baradei, former head of the International Atomic Energy Agency (IAEA), along with the heads of the Muslim Brotherhood and the liberal Wafd and Democratic Front parties, among others.

Al-Azhar has drawn up an 11-point document as a proposed basis for the new constitution.

The document, drafted by intellectuals and public figures, illustrates Al-Azhar's vision of Egypt's political future following the overthrow of Mubarak in a popular uprising in February.

It proposes that the Arab World's most populous country be "a civil state governed by law and the constitution". The document also calls for respect of freedom of opinion, faith and human rights to be guaranteed.

In a statement, the head of Al-Azhar, Sheikh Ahmed El-Tayeb, proposed that the draft become a "code of honor that everyone would commit to voluntarily".

Liberals have been calling for 'constitutional principles' to be laid down before the elections to halt that Islamists would not be able to create an Islamic state if they win a majority in parliament.

Islamists demand that the constitution be drafted by the parliament.

Egypt's well-organised Muslim Brotherhood, seen as the best prepared for the November vote, has said it plans to contest 50 percent of parliament's 504 seats. The group, which won 20 percent of the seats in the 2005 election, said it wants a constitution that respects Muslims and non-Muslims alike.

"There is nothing new today. The brotherhood still disagrees with any 'constitutional principles' before elections," Mohamed Saed Elkatatny, secretary-general of the Brotherhood's Freedom and Justice Party told Reuters.

Al-Azhar had played an important role in galvanising Egyptians to protest against foreign occupiers. But the institution lost its influence after it came under state authority by orders of former President Gamal Abdel Nasser in the 1960s.

Outside its headquarters in Cairo, dozens of Muslim clerics protested against the Al-Azhar document.

"The document asks that Egypt become a secular state, while it should be a religious state," said Sheikh El-Hadi Ahmed El-Hadi, one of the protesters. "We refuse it."