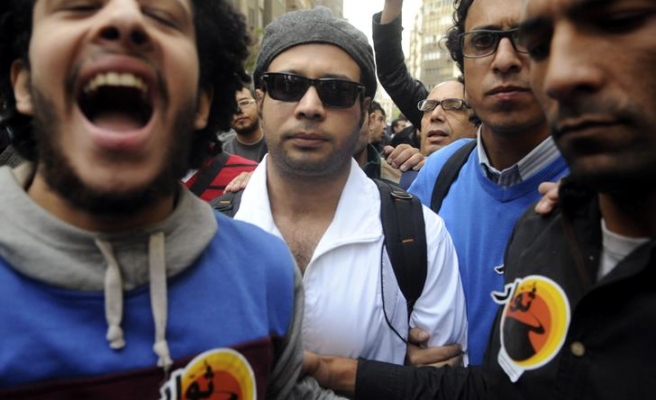 Egypt's April 6 youth movement has called on all parties that participated in the 2011 uprising which toppled long-serving president Hosni Mubarak to "rise above partisan interests and unite behind the goals of the revolution."

In a statement, the youth movement said it launches an initiative based on five points; a community participation charter, a code of ethics for media, inclusive justice, defining the relation between the state and society and the formation of a salvation government, according to April 6 Coordinator General Amr Ali.

Ali urged all those who "participated in the revolution and believed in its objectives to unite once again in order to achieve the dream [of the revolution], now that everyone realizes that the situation is worse than it was before the [2011] revolution."

"Tens of thousands of detainees from all political affiliations are unjustly imprisoned; they are the ones leading the revolutionary movement, after they were brought together by the injustice, killing, torture and arrests, irrespective of their ideological differences."

It had also opposed ousted president Mohamed Morsi, whose rule came to an end last year when the army overthrew him following mass protests.

Movement founder Ahmed Maher is currently serving a three-year jail term for staging an unlicensed protest in November of 2013.

Egypt's Interior Ministry maintains that its prisons are free of political detainees, and that political figures arrested following Morsi's ouster in 2013 are imprisoned on criminal charges.

Al-Gama'a al-Islamiyya, a leading Islamist group in Egypt and one of Morsi's backers, welcomed the initiative proposed by the April 6 movement.

"We affirm that the counter-revolution is still worried about the revolutionary spirit and harmony," Tarek al-Zomor, who heads the Building and Development Party - al-Gama'a al-Islamiyya's political wing – said on Facebook.

"We highly value April 6 group's initiative…And we call all sides to act responsibly so that we can retrieve the usurped revolution and the rights of our people," al-Zomor added.