Badie had already been sentenced to death and received a life sentence in other cases, part of Cairo's toughest crackdown on the country's oldest and most organised political movement. 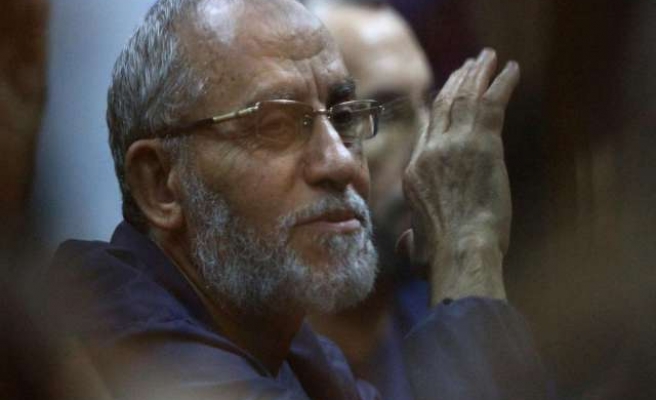 An Egyptian court sentenced Mohamed Badie, general guide of the outlawed Muslim Brotherhood, and seven others to life in prison on Saturday for inciting violence during protests last year, judicial sources said.

Badie had already been sentenced to death and received a life sentence in other cases, part of Cairo's toughest crackdown on the country's oldest and most organised political movement.

Badie was charged with killing at least nine people and inciting violence that injured 21 others in clashes near a mosque in Giza in 2013.

Sisi went on to become Egypt's elected president, while Brotherhood leaders and thousands of their supporters were jailed or driven underground.

Mursi, who was freely elected in 2012, is on trial on a variety of charges including inciting violence and conspiring with a foreign power, and could face the death penalty if convicted.

Security forces killed hundreds of Brotherhood supporters in the streets during protests against the removal of Mursi.

Prosecutors charged all the defendants with "murder and attempted murder and inciting violence and possession of arms", the judicial sources said.

Egypt's Brotherhood renounced violence as a means of political change decades ago and has denied any connection with the recent bloodshed.

Senior Brotherhood leaders sentenced to life in prison on Saturday included Mohamed El-Beltagi and Essam El-Erian, as well as former members of the Mursi government.

Badie and 182 Muslim brotherhood supporters were sentenced to death in a mass trial last June over violence that erupted in Minya governorate which led to the killing of a police officer.

A court sentenced Badie to life in prison in July for inciting violence and blocking a major road north of Cairo during protests that followed Mursi's ouster.