Since Morsi – Egypt's first freely elected president – was ousted by the army in July of last year, the Brotherhood has organized protests each Friday in different parts of the country. 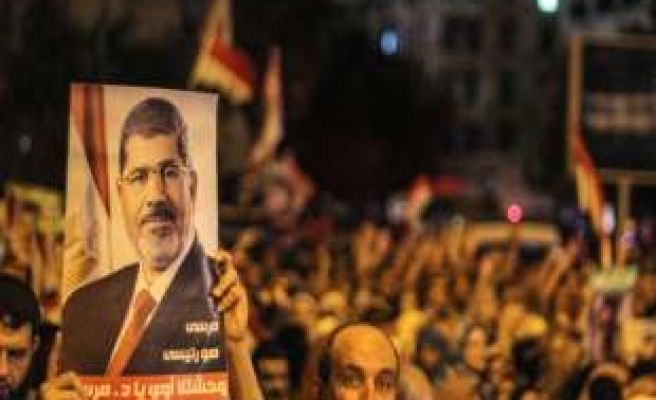 Instructions have been issued to members and affiliates of Egypt's Muslim Brotherhood to stage Friday demonstrations "as usual," a Brotherhood source has said.

The source said Thursday that instructions issued by the current leadership of the Brotherhood – the group from which ousted president Mohamed Morsi hails – were no different than those issued every week for the past year and a half.

Since Morsi – Egypt's first freely elected president – was ousted by the army in July of last year, the Brotherhood has organized protests each Friday in different parts of the country.

Earlier this month, however, the Salafist Front – a Brotherhood ally and member of the pro-Morsi National Alliance for the Defense of Legitimacy – called for staging an "Islamic revolution" on November 28 to protect what it described as "Egypt's Islamic identity."

In the run-up to the demonstrations, fears have mounted that the planned rallies could spin out of control and become violent.

The government has already warned against law-breaking and attacks on state institutions or property.

The Brotherhood, for its part, which was designated a "terrorist" group by the army-backed government late last year, has thrown its support behind Friday's planned rallies.

The Brotherhood source told The Anadolu Agency on Thursday that the group's leadership had asked members and affiliates to stage demonstrations away from public squares or main streets to avoid clashes with security forces, which have been deployed in force across the country in anticipation of Friday's protests.

The pro-Morsi National Alliance, meanwhile, has called on supporters to take to the streets on both Friday and Saturday.

The alliance, which consists of a number of Islamic movements and Salafist parties, has urged followers not to be afraid of taking part in the protests and to reject what it calls last year's "military coup" against Morsi.