Refaat said the officials would testify behind closed doors due to "national security", and banned publication of the testimonies. 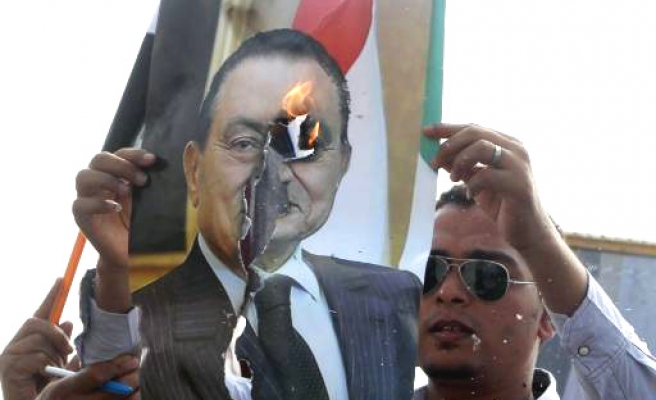 The court trying Hosni Mubarak over the killing of protesters in January on Wednesday summoned the head of Egypt's ruling military council and other top officials to give testimony next week that could prove decisive in determining the fate of the ousted president.

Field Marshal Mohamed Hussein Tantawi, Mubarak's defence minister for 20 years and now leader of the army council, and others will give their testimony behind closed doors, a move that may not please Egyptians who have demanded a transparent trial.

Judge Ahmed Refaat said the court that has convened four times since Aug. 3 would meet on a daily basis next week, accelerating the trial of Mubarak who is charged with conspiring to kill protesters and inciting some officers to use live ammunition.

"Today's decision is a big surprise that will transform the case and take us into any entirely different field," plaintiff lawyer Hassan Abou El Einein told Reuters.

Many opponents of Mubarak, who has attended each session lying on a stretcher after being hospitalised in April, have been frustrated by the pace and progress of the trial after about 850 people were killed in the uprising.

Mubarak, who was driven from office after three decades in power on Feb. 11, is the first Arab leader to stand trial in person since unrest erupted across the Middle East this year.

"What happened today is that Egypt has become a state where the law reigns," said Khaled Abu Bakr, representing families of victims.

Refaat said the officials would testify behind closed doors due to "national security", and banned publication of the testimonies.

"I don't want to hear a sound until I am done with reading the decisions," he told the court before making the announcement. There were gasps and whispers as he read each name.

The court adjourned until Thursday, when two prosecution witnesses will testify.

Police witnesses called by the prosecution this week have suggested that neither Mubarak nor his former Interior Minister, Habib al-Adli, gave orders to shoot. Two witnesses said they were told to show "self restraint".

Some Egyptians accepted the need for secrecy in high-level testimonies. But others were disappointed, including Ayman Nour, who ran and lost against Mubarak in Egypt's only multi-candidate presidential election in 2005 and was later jailed.

"I don't think that the press ban is beneficial ... as it will lead to more confusion among the public and will open the door to speculation about what happened in ... testimonies that are crucial to the case," he said.

The judge exonerated one police witness the prosecution charges with perjury, accusing him of giving false testimony after they said he had changed an earlier account.

Prosecutors said that police officer Mohamed Abdel Hakim had initially told the prosecution during their probe that he was given 300 shotgun cartridges, but in court he denied this.

"The guns were not allowed to be with the unit. The instructions were for officers not even to take their personal guns," Abdel Hakim told the court.

When Abdel Hakim left the court, where the session often became heated, one lawyer shouted after him: "You liar, you liar. You have been paid. This is the blood of your brother."

The judge looked to the cage and asked defendants if they had comments. Mubarak responded: "No I have no comment".

"I believe the prosecution were shocked today because all the witnesses that they had gathered have turned into witnesses of denial (of the charges)," Essam el-Batawy, Adli's defence lawyer told Reuters. "This is a huge blow to the case."

There was no repeat on Wednesday of the scuffles between Mubarak's opponents and supporters outside the court that accompanied others sessions. But some protesters still gathered.

"My friend dropped dead in Tahrir Square right next to me. He was shot in the head by the police," said Rabia al-Sheikh outside the court. "Why don't they let us inside to testify. Why are they calling on police to testify and not the people?"

One of Wednesday's witnesses was an officer who quit the force in 2004, Tarek Abdel Monem, who described being injured by a shotgun on a bridge near Tahrir Square, the focus of the protests. He said a man next to him died from an injury to his face but he did not know what caused his death.

A top police officer told the court at an earlier session on Monday that he was not aware of any order to fire on protesters, but he said police were given live ammunition to protect the Interior Ministry.

Ramzi is one of six officers on trial with the former interior minister, the ex-president and Mubarak's two sons.

Alaa, Mubarak's eldest son, shook his head inside the cage at one point when a lawyer acting for victims' families tearfully addressed the court saying: "Mubarak was the worst president Egypt has ever seen."