State television also said his two sons, Alaa and Gamal, and other defendants had arrived. 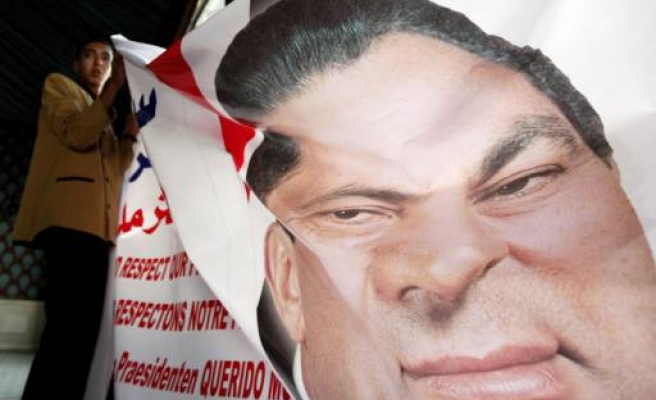 Egypt's ousted President Hosni Mubarak arrived on Monday at the site of a court in Cairo by helicopter where he will attend the third session of his trial, state television reported.

State television showed a helicopter landing in the grounds. A Reuters witness outside the court area also saw the aircraft coming down. State television also said his two sons, Alaa and Gamal, and other defendants had arrived.

The judge has barred television cameras from inside Monday's hearing. The two previous sessions on Aug. 3 and Aug. 15 were televised, showing Mubarak lying on a hospital stretcher inside a cage in the court where all defendants stand.