Egypt's Mubarak wheeled out of court during break

The court is expected to resume business shortly. 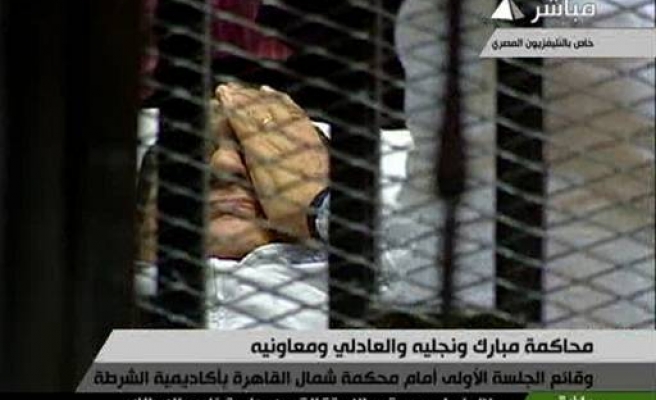 Egypt's Hosni Mubarak was wheeled out of the court room and other defendants left the cage where they had been for a court recess on Wednesday in the case in which they are charged with involvement in the killing of protesters.

The court is expected to resume business shortly.

Mubarak was lying in a bed during the start of his trial.