Senior Muslim and Christian authorities are cooperating to draft a "scholarly response" to what they say is a growing trend of atheism, especially among Egyptian youth 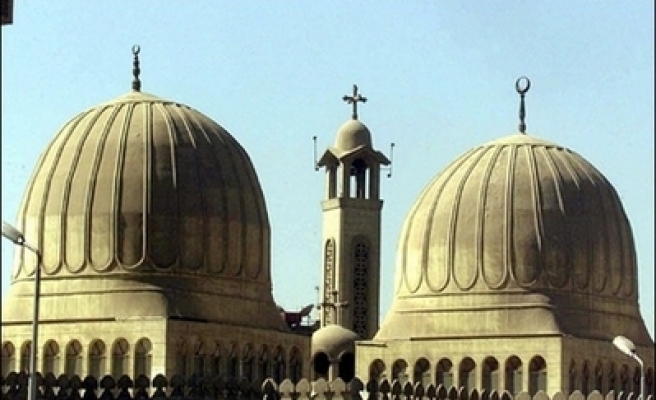 Christian churches in Egypt say they are joining forces with Egypt's Al-Azhar, a prominent center of Sunni Muslim learning, to fight the spread of atheism in the country.

"The Church and the Al-Azhar are drafting a constructive mechanism to address atheism," Poules Halim, a spokesman for Egypt's Coptic Orthodox Church, told Anadolu Agency.

His statements came following a two-day conference, organized jointly between the Al-Azhar and the church, aimed at forging a "scholarly response" to atheism, which, Halim said, had been "spreading increasingly" in Egypt over the past three years.

A number of Al-Azhar scholars, along with representatives of various Christian sects, attended the conference, according to Halim.

"We aim to address the phenomenon [of atheism] in general and those who have bought into its tenets," he said.

"Both the [Coptic Orthodox] Church and the Al-Azhar have the right to raise awareness about atheism," Halim said. "There are atheists [in Egypt], but not many."

But since the 2011 youth-driven uprising, which led to the ouster of autocrat Hosni Mubarak, many young Egyptians have begun to openly proclaim their atheist convictions – mainly on social media – which has alarmed the country's religious institutions.

Freedom of thought is enshrined in the Egyptian constitution. However, a handful of Egyptians have been prosecuted in recent years for "defaming religion" on social media platforms.

"Society should resist this phenomenon because it will have a negative impact on upcoming generations," Salib Matta, a priest and member of the Coptic Orthodox Church's leadership body, told Anadolu Agency.

"Egypt, as the center of the Middle East, is being targeted on the religious front as well as the political and economic fronts," he said.

In late October, the recently-formed Egyptian Council of Churches organized a workshop for young people at which Coptic Orthodox Pope Tawadros II delivered a speech on the "dangers" of atheism.

For his part, Ahmed al-Tayeb, Egypt's Grand Imam and leader of the Al-Azhar, said on state television last month that atheism was a "fad" borrowed by Egyptian youth from the West.

"The atheism trend is new to the Arab world and Egypt," al-Tayeb said. "It is regretful… that some young people now openly brag about being atheists."

He went on to say that atheistic and "materialistic" ideas were "shallow by nature."

It is difficult to obtain accurate figures regarding the number of atheists in Egypt, where most people profess the Muslim or Christian faith. While some atheist activists put the number at two million, this figure cannot be substantiated.